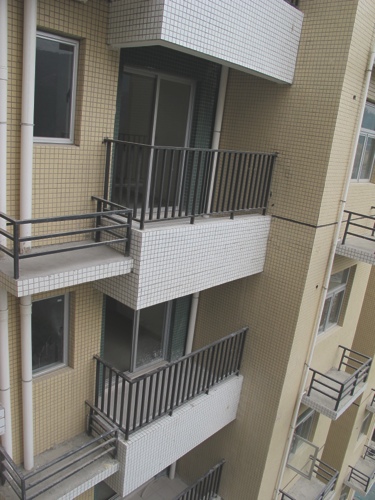 Macau Charlestrong Engineering, Technology and Consulting Ltd will build 50,000 social housing units in the Mozambican provinces of Cabo Delgado, Nampula, Tete and Maputo, as part of a memorandum of understanding signed with the Housing Development Fund of Mozambique (FFH).
Signed Tuesday during the “10th Business Meeting for Commercial and Economic Cooperation between China and the Portuguese-Speaking Countries (PLP),” which Maputo hosted for the second time, the project is expected to cost USD5.5 billion.
Another memorandum of understanding was signed by the Macau company and the FFH, with a view to carrying out the second phase of the Olympic Village, built as part of the 10th All-Africa Games – which Mozambique hosted in 2011 – in Zimpeto on the outskirts of the Mozambican capital, Maputo.
Comprising the construction of 240 apartments, the project is valued at USD30 million and will increase the housing stock of the Olympic Village to about 1,100 homes. The first phase of the project was built by a consortium led by Portuguese construction company Mota-Engil.
At the China-PLP business meeting, attended by around 400 businesspeople from the member-countries of the Forum for Economic and Trade Cooperation between China and the PLP (Forum Macau), a letter of intent for investments in the Mozambican cashew industry was also signed.
Sponsored by the Mozambican Institute for Export Promotion (IPEX) along with the Macau Trade and Investment Promotion Institute (Ipim) and the China Council for Promotion of International Trade (CCPIT), the business meeting was also an opportunity for the Development Bank of China to give a presentation on the Development Fund for Cooperation between China and the PLP.
With funding of US$1 billion for business investment within member countries of Forum Macau, the fund was launched about a year ago and, according to the Development Bank of China has so far received about 50 applications for investment projects, most of which are still at the stage of feasibility studies.  MDT/Macauhub