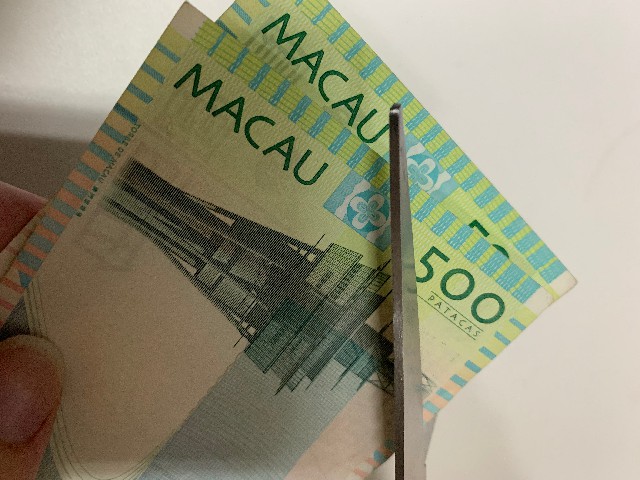 The Monetary Authority of Macao (AMCM) cut its benchmark interest rate yesterday in line with decisions in Hong Kong and by the U.S. Federal Reserve. The monetary authorities in the two special administrative regions of China lowered their base rate from 2.5% to 2.25%, while the U.S. Fed cut its rate by 25 basis points to a range of 1.75% to 2%.
The Hong Kong dollar is pegged to the U.S. dollar in a band that ranges between 7.75 and 7.85 to the U.S. dollar. In turn, Macau’s pataca is fixed to the Hong Kong dollar at an exchange rate of 1.03. As the Hong Kong dollar is pegged to the greenback, both special administrative regions essentially import U.S. monetary policy, although local banks are not obliged to follow with lower retail costs.
In a statement issued yesterday, the AMCM noted that the policy rates in Hong Kong and Macau “should be basically consistent in order to maintain the effective operation of the linked exchange rate system.” It was the second time this year that the Macau authority has lowered its base rate of the discount window.
In Hong Kong, the move probably would not immediately feed into the cost of credit for businesses and households, reported Bloomberg.
Hong Kong Monetary Authority’s Chief Executive Norman Chan said local banks do not necessarily need to follow the Fed in a rate cut, because they have their own funding considerations. HSBC Holdings Plc and Bank of East Asia Ltd. are among lenders that have recently raised rates for mortgage loans.
Months of large-scale protests have unnerved investors and consumers and raised the prospect of a capital flight. A range of indicators weakened sharply in July and August, signaling the risk that the city will tip into recession. Fitch Ratings Inc. this month downgraded the territory as an issuer of long-term foreign currency debt for the first time since 1995.
The Fed’s cut may not have a direct impact on Hong Kong, as Hong Kong dollar interest rates have been lagging behind U.S. dollar interest rates, Chan said at a briefing, adding that short-term rate movements would be more affected by changes in the supply and demand of Hong Kong dollar funding. Chan said he would not be surprised if the government sees the economy shrink in the third quarter.
“Hong Kong banks are unlikely to follow any Fed cut now, as they’re under certain funding pressure,” said Carie Li, an economist at OCBC Wing Hang Bank Ltd. in Hong Kong. There could be window-dressing activities at banks towards the end of the quarter, and Budweiser Brewing Company APAC Ltd.’s upcoming initial public offering would mop up liquidity, Li said.
“Banks also have to prepare funding for the rest of the year and get themselves ready for the competition with virtual banks. Therefore, their funding pressure will be unlikely to ease up soon,” she said. DB/Bloomberg