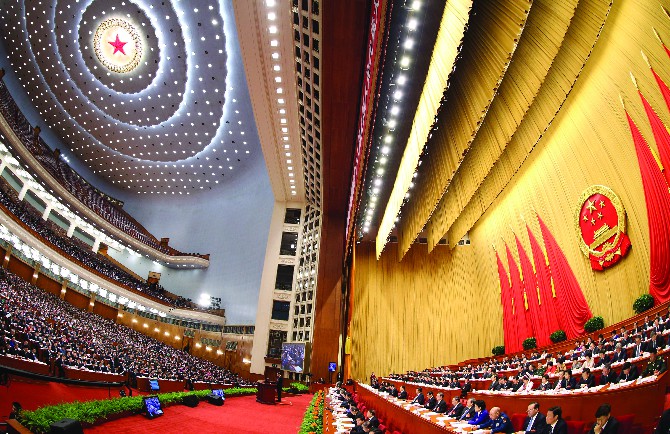 The Macau delegation of the Chinese People’s Political Consultative Conference (CPPCC) has endorsed mainland China’s justice system, in particular the Supreme People’s Court of China as well as the Supreme People’s Procuratorate of China.
According to a statement released by the Liaison Office in Macau, the Macau CPPCC members showed their support for the two work reports recently issued by the two highest juridical institutions of mainland China.
The two reports contain summarized statistics of Mainland China’s prosecution affairs and court affairs over the course of the past decades. Both documents emphasised that their purpose was to provide judicial services to ensure mainland China’s goal of completely eliminating poverty by 2020.
Macau delegates, including Lao Ngai Leong, Chui Sai Peng, and Kou Hoi In, among others from the local business and politics sectors, acknowledged the two organizations’ services to justice.
Lao Ngai Leong, a prominent businessman from Macau’s construction and real estate sector, said that “the two reports […] are rigorous and objective, and reflect the determination and confidence to keep the last shred of defense of justice and fairness.”
The chairman of the Legislative Assembly (AL), Kou Hoi In, also described the mainland court and prosecution authority as a just organization serving the people.
“The court promotes righteousness and wins popular support from the people through trial and law enforcement,” said Lok Po, director of Macao Daily News.
Nonetheless, Lam Sio Wan, Si Ka Lon and other CPPCC Macau members presented their proposals to Beijing relating to the improvement of the mainland’s judicial work. Lam, a local lawyer, asked for increased protection for judges, prosecutors and lawyers. In turn, Sio Chi Wai, a local businessman and former lawmaker, urged the further protection of underage citizens. Currently, lawmaker Si Ka Lon hopes that the mainland can enhance works in the aim of developing a corruption-free government. JZ