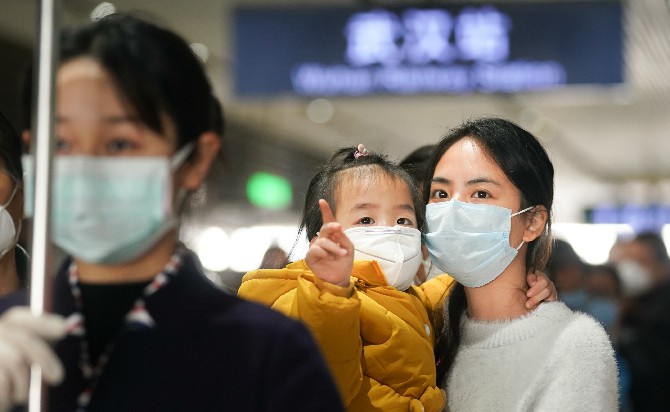 After a domestic helper of Philippine nationality was diagnosed with Covid-19 in her home country, her Macau employer contacted the Novel Coronavirus Response and Coordination Center for assistance, the Center announced at yesterday’s regular press conference.
As per the information disclosed at the press conference, the domestic helper returned home on June 29 directly from Macau via a charter flight. Yesterday morning, the helper contacted her employer in Macau, telling the employer that she had contracted the novel coronavirus and was diagnosed in the Philippines.
In response to the incident, the Novel Coronavirus Response and Coordination Center immediately arranged for the employer and three family members, as well as the four roommates in the helper’s dormitory in Macau, to take the Covid-19 nucleic acid test. The first test showed no trace of the coronavirus in all eight people.
Judging by the timeline and the source of infection, a coordinator at the Center for Disease Control and Prevention, Dr Leong Iek Hou, said that it is unlikely the virus had been contracted within Macau. “It is more likely that the patient contracted the virus in the Philippines,” Leong explained.
However, the Coronavirus Center has taken precautionary measures in regards to the eight people to minimize any possible spread of the virus.
“We will arrange for the eight people to stay at a designated hotel for medical observation,” Leong said. “The observation will end on the 14th day counted from their last physical contact with the [domestic helper].”
As with everybody being quarantined, the medical doctor added, the eight people will undergo another Covid-19 nucleic acid test at the end of their quarantine period.
Meanwhile, the medical doctor added that, in the same dormitory apartment, there are four other non-resident workers sharing another room. The health authority has attempted to contact them for the Covid-19 test.
The Coronavirus Center was also questioned yesterday about quarantine measures in place for Lei Wai Nong, Macau’s Secretary for Economy and Finance. According to Portuguese media outlets, he will be going to Hong Kong to attend the funeral of Stanley Ho, the late founder of Socidade dos Jogos de Macau (SJM). In principle, all people arriving from Hong Kong must be quarantined centrally.
The first time the question was raised, Dr Alvis Lo, medical director at the public Conde São Januário Hospital, declined to respond, as he had not received sufficient information on the matter.
When asked again, he reiterated the principles according to which the government decides if any exemption is possible.
“In both Macau and Hong Kong, there is criteria to waive quarantine on official travelers,” the medical doctor recalled. “It has been in place.”
For example, the Hong Kong government has the discretion to waive the quarantine requirement for travelers on official missions. The provisions have been published on the government’s official website.
The medical doctor, however, stressed that the quarantine waiver does not mean the complete absence of health safety measures. “Other measures will be administered on the person on exemption, such as nucleic acid test, and the possible restriction and tracking of movement,” the medical doctor added.
To conclude, he stressed that these are measures in principle only. “I don’t have sufficient information to comment on the case,” admitted Lo.

Hong Kong reported a second day of rising local infections, disrupting a long virus-free stretch that had allowed life in the Asian financial hub to largely return to normal.
The city found 19 new infections in the community with six of unknown origin, government officials said in a press briefing yesterday – the most since April 1. This follows the disclosure of nine new local cases on Tuesday, five of unknown origin.
The number of new local infections that can’t be traced suggest that hidden chains of transmission have been circulating in the city for some time as social distancing measures were eased and people returned to work and social activity. Hong Kong had successfully quelled two waves of infection in February and April and its total outbreak numbers 1,323.
The virus is roaring back across the region in a sobering reminder that the pandemic is far from over, even in places with the best containment track records.
The resurgence of cases in Hong Kong, termed “the third wave” by officials, comes two weeks after the government’s latest easing of social-distancing restrictions. Several cases were linked to renewed traffic to restaurants, as people remove their masks to eat and drink, said health officials. DB/Agencies