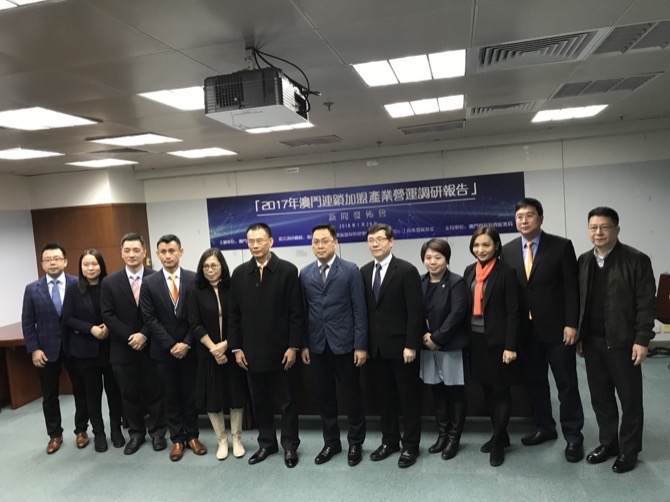 Franchising in Macau is becoming more globalized, according to Wang Xin, Assistant Professor and Program Coordinator at the Faculty of International Tourism and Management of the City University of Macau.

Wang was discussing the development of Macau’s franchising industry in the past five years.

Of the 300 questionnaires which were handed out, 151 valid forms were collected.

The final report contains interviews with ten representative franchisees in Macau, as well as questionnaires completed by other franchisees.

According to the survey, 45 percent of franchises in Macau belong to the catering industry, and 25.2 percent to the retail industry. A mere 0.7 percent comes from the transportation and storage industry.

Most of the participating enterprises believe that they have a bright future in terms of development, as 59.7 percent of franchisees plan to expand their business.

“During these five years, Macau’s local franchisees became more interested in international brands,” said Wang, who believes that the trend might be linked to the Macau government’s efforts to promote innovation.

“Another comparatively big change is that our franchisees are becoming younger. Through this survey, we found out that more than 60 percent of the franchisees are aged below 40 years old. It reflects that the franchises industry is […] good for young people [and] local residents’ entrepreneurship,” remarked Wang.

“Many time-honored and special shops have started to care about trademark registration, patent registration as well as about their operation mode,” the assistant professor continued.

Wang also explained that Macau previously lacked a specific definition of a franchise, which the survey has now defined as having a minimum of two stores displaying the same trademark, and that the stores must have been operating for more than one year.

Yesterday’s report featured an overview of the survey results. A more detailed report will be released in the first quarter of the year.