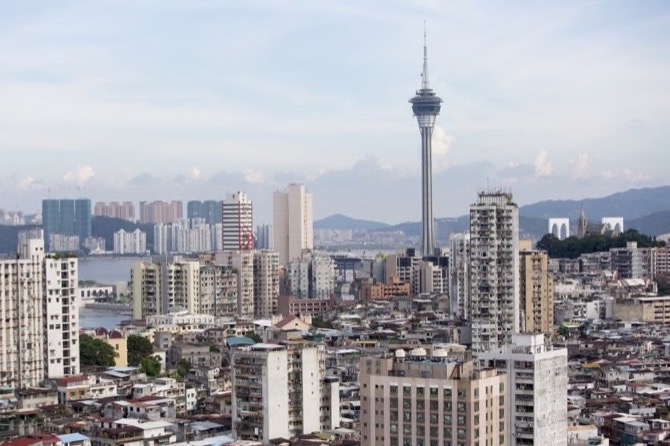 The Economist Intelligence Unit (EIU) has slashed Macau’s 2019 growth forecast by 3.5 percentage points in its latest report on the special administrative region, due to underinvestment in casinos and public works projects this year.

The latest estimate suggests that the city’s economy will shrink by 0.3% in 2019, reports Macauhub, a significant drop from the 3.2% annual growth forecast in the previous EIU report. In accordance with the 2019 revision, the EIU’s expectation for 2020 has been lowered from 3.8% to 1.6%.

In 2018 the economy grew 4.7%. It expanded 9.7% in 2017, fueled by the recovery of the city’s gaming sector. The latest forecasts indicate that growth will continue to decelerate in the coming years.

The news comes as earlier this month the government announced a 3.2% contraction of the economy for the first quarter of 2019, ending 10 consecutive quarters of growth.

One of the reasons given by the EIU for the expected GDP contraction in 2019 is due to the Macau government not investing heavily in public works and no new casino or resort being planned.

EIU noted that Macau’s economy is expected to grow again by 1.6% in 2020. Growth will pick up next year when new public works projects are expected to begin, it said, notably in the social housing, transport and infrastructure sectors.

EIU’s analysis was based on the finding that new projects including the new landfill zone near the Hong Kong-Zhuhai- Macau Bridge terminal, the future islands hospital and the start-up of surface light rail operations in Taipa, will not bring substantial changes to the Macau GDP by the end of 2020.

The International Monetary Fund, which releases its own regular forecasts for the Macau economy, has a much higher target of 4.3% for this year, according to its latest update last month.

Meanwhile, the EIU document also noted that investment in 2019 will fall by 28.9%, which is well above previous forecasts suggesting a minor drop of 4.1%.

The report points out that China’s economic growth will have an impact on Macau’s economy, particularly in Macau’s casinos, where tourists from the mainland will place fewer bets. The scheduled opening of the Grand Lisboa Palace by gaming operator SJM in Cotai in early 2020 may help to mitigate the drop in Macau’s growth.

EIU also noted that the six licenses of gaming operators owning casinos in Macau are expected to be renewed in 2022 but for a shorter period than the current 20 years and added that it is convinced that no more gaming licenses will be awarded. DB/Macauhub