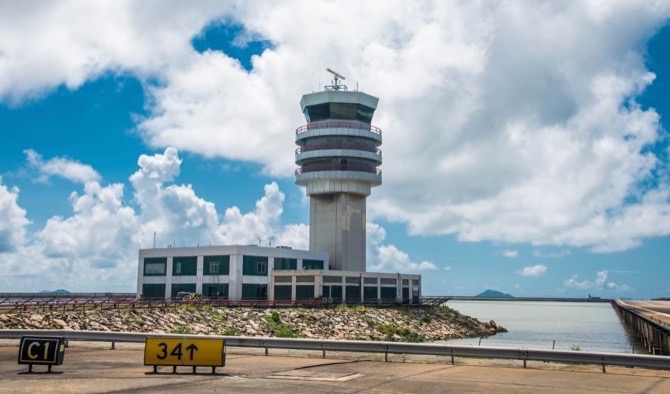 The Civil Aviation Authority of Macao (AACM) has concluded its investigation into a runway incursion incident that occurred at Macau International Airport on November 12, 2018, finding it necessary to issue safety recommendations.

The AACM has instructed Macau International Airport to take measures to ensure that air traffic controllers stay focused on their responsibilities during work in a bid to prevent similar incidents from occurring in future.

The incident involved a Thai AirAsia Airbus A320-200 aircraft that came into close proximity with an airport support vehicle. The nearest distance between both moving objects was about 1,480 meters, the AACM said.

Upon being granted clearance for take-off by the air traffic control tower at Macau International Airport, the aircraft in question began to line up on Runway 34, making its final preparations. At the same time, a “follow-me” vehicle was still conducting an inspection at the end of the runway.

The incident triggered an alarm associated with the surface movement radar on the tower. The tower controller immediately instructed the “follow-me” vehicle to vacate the runway.

No damage to either the aircraft or the vehicle was caused during the incident, nor were any of the passengers or the staff injured, according to information provided by Macau International Airport at the time. The flight eventually took off safely from Macau and departed for Bangkok.

The incident was logged and reported to the AACM, which assembled its “Accident Investigation and Prevention Group” to study the event. The group concluded its investigations and published its final report on the matter yesterday.

The report notes that its objective was to prevent future accidents and incidents at Macau International Airport. “It is not the purpose of these activities to apportion blame or liability,” it clearly states.

Nevertheless, according to the report, the tower controller did not follow operational procedures for checking the flight progress strip when issuing the departure clearance to the flight.

Additionally, during the incident, the tower supervisor was not in position and so was not monitoring the work of the tower controller.

Other problems detected included the surface movement radar display, which was not accurately displaying the situation, and the fact that the distant position of the radar from the tower working position reduced the tower controller’s awareness of the radar display operations.

Given the findings, the AACM issued the airport with several safety recommendations.

One recommendation is that a tower supervisor or his/her delegate must be present at the visual control room to monitor the tower controllers at all the times during operations.

In addition, the airport should always ensure that the surface movement radar is in good condition to ensure the ground movement surveillance system is reliable for air traffic control operations.

The airport should also re-assess the distance between the tower working position and the position of the surface movement radar, and upgrade the flight progress strip system to a system with an automated alert function for better planning and handling of ground and air traffic. DB