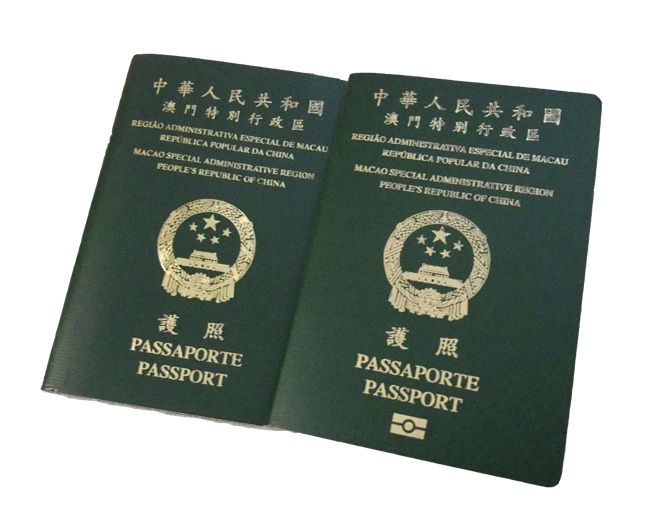 The Macau SAR passport has slipped one place in the latest index of the world’s strongest passports, compiled by residence and citizenship advisory firm Henley & Partners.

Ranked as the 34th most powerful travel document in the world, holders of the Macau SAR passport are permitted visa-free or visa-on-arrival access to a total of 144 jurisdictions.

Japan tops the list, with holders of its passport able to enter a total of 191 jurisdictions without needing a visa or travel permit. Singapore is considered the second-strongest passport worldwide, while those from Germany and South Korea share third place.

Macau sits one spot ahead of the Western hemisphere nations of Grenada and Paraguay (with visa-free access to 142 jurisdictions each), and just behind St. Lucia (145). Taiwan (146) sits one place higher in the ranking than St. Lucia, equal in strength to the island nations of Mauritius, and St. Vincent and the Grenadines.

Passports issued by mainland China allow visa-free access to just 71 countries. The world’s most populous country shares the 72nd position with Indonesia and Kenya. Hong Kong passports are the strongest among those from the greater China region, holding the 20th spot alongside Croatia and allowing visa-free access to 169 jurisdictions.

The United Kingdom and the United States have again slipped in this latest ranking by Henley & Partners. Their passports are now the 8th strongest travel documents in the world, equal to those issued by Belgium, Greece and Norway, allowing visa-free or visa-on-arrival access to 184 countries and territories. It is the lowest position either country has held since 2010 and a significant drop from their first-place ranking in 2014.

The Henley Passport Index also shows that there is a growing divide in travel freedoms between the top and bottom of the ranking. According to the report released by the firm, a Japanese passport holder can access 165 more destinations than a holder of the world’s weakest passport, that of Afghanistan.