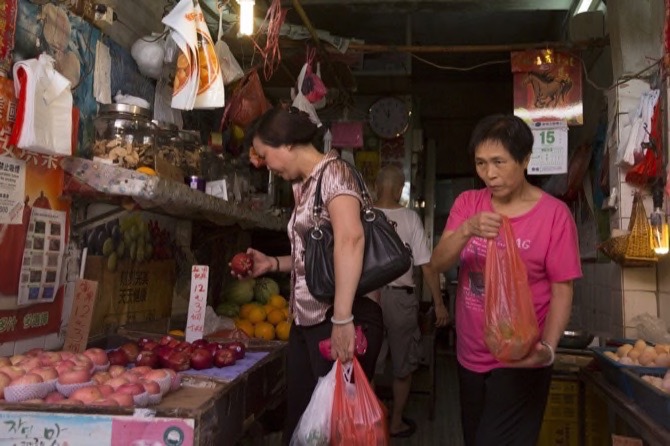 A review of the mechanism to determine Macau’s poverty line will begin soon, the Social Welfare Bureau (IAS) has informed the Times, as set out by the city’s Five- Year Development Plan.

The Minimum Subsistence Index is a reference used to determine the lowest monthly income a person needs to earn in order to survive in Macau. The SAR government uses this as a reference to define the group of people who are eligible for certain subsidies.

The Social Welfare Bureau told the Times yesterday that it will review the mechanism used to set the poverty line in the second half of this year.

In Macau’s Five-Year Development Plan, covering the years 2016 to 2020, it is set forth that an evaluation of the adjustment mechanism will be conducted in 2019. If required, the mechanism will be amended in 2020, promises the Plan.

Halfway into the year, the Times asked the IAS about the progress of the evaluation. The bureau said that it would commence the work in the second half of this year, but that the work will also close before the end of 2019. The result of the evaluation will form the basis of a study on whether or not the mechanism to decide the Minimum Subsistence Index requires an adjustment.

Macau’s poverty line stands at MOP4,230 for an individual and up to MOP19,710 for a family of eight or more. It has been in effect since New Year’s Day 2019, with the second-most-recent amendment having been introduced in 2016.

The current mechanism was first introduced in 2011. It was reviewed in 2014, when the IAS said it remained effective at protecting the disadvantaged from economic fluctuations. Therefore, no change was made to the way the poverty line was calculated.

The IAS explains that every half-
year it “predicts and evaluates” whether an adjustment to the index level is required. The evaluation is made with reference to the change in the Type A Consumer Price Index (CPI) in the preceding 12 months. CPI-A relates to about 50% of households in Macau, which have an average monthly expenditure of between MOP10,000 and MOP30,000.

Data from the IAS shows that the number of beneficiaries of government subsidies dropped in the first quarter of this year, compared with the same period last year. It dropped from 5,816 to 5,327 persons, and overall expenditure fell from MOP62.74 million to MOP60.31 million. The change was attributed to the shrinking of the population living in poverty.

In the same quarter more was spent on allowances, according to the IAS. The three main types – nursing, disability and single-parent family school child allowances – all increased. The total expenditure rose to MOP6.4 million from MOP5.8 million a year earlier.

A RETURN TO THE GINI COEFFICIENT

The Gini coefficient is a widely accepted key indicator of economic disparity. It helps quantify the difference between the rich and the poor. Presented as a decimal between 0 and 1, the smaller the number, the more economically equal the society.

The evaluation is done every five years in Macau, with the latest result being 0.40, after elimination of the effect from the government subsidy.

In Pun’s opinion, the government has managed the evaluation of where to set the poverty line well. In the past, the increase to the threshold was often higher than that the growth in consumer prices, he said. “The rate of increase has been appropriate.”

Pun also highlighted other subsidies and allowance schemes provided by the government, explaining that “the disadvantaged people not yet assigned with social housing units are offered rental subsidy.”

However, he is not pleased with the government’s effort in controlling price hikes.

“The government did not strive hard enough to control the prices of commodities and housing,” Pun told the Times. “Even though the index increases regularly, the rise can easily be canceled out by the high prices.” Staff reporter