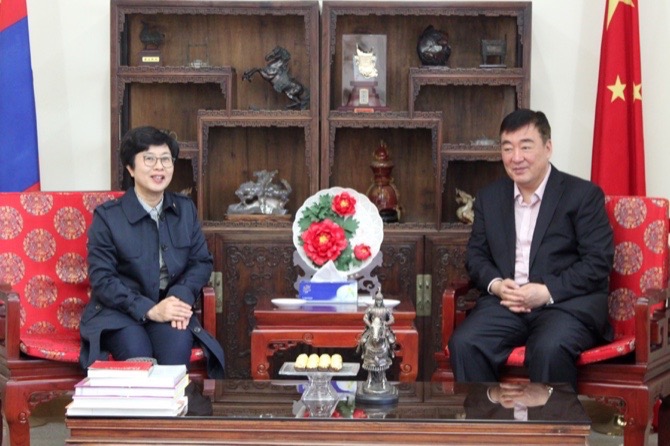 The government of the Macau Special Administrative Region signed an agreement on mutual assistance in matters of criminal law with Mongolia last week.

Jointly signed by Macau’s Secretary for Administration and Justice, Sonia Chan, and  Minister of Justice and Internal Affairs of Mongolia, Tsendiin Nyamdorj, the agreement furthers cooperation in regards to the transfer of judicial documents, investigation findings and evidence.

It will also allow the two jurisdictions to cooperate over the search for and seizure of objects and documents, as well as the confiscation of the tools and proceeds of crime.

A delegation from the local government paid a five-day visit to Mongolia, from June 24 to 28. Its members met with the Ambassador of the People’s Republic of China to Mongolia, Xing Haiming, as well as with officials from the General Prosecutor’s Office of Mongolia.

While Macau officials were in Mongolia, the two sides held meetings to discuss further technical issues regarding an anticipated agreement on legal and judicial cooperation in civil and commercial matters. A draft version was signed following a consensus achieved as a result of the meetings.

Macau and Mongolia started to discuss mutual assistance in matters of criminal law in 2014, according to a statement issued yesterday by the SAR government. A draft agreement was signed in May 2017.

Under the Basic Law of Macau, with the assistance and authorization of the Central People’s Government in Beijing, the SAR may make appropriate arrangements with foreign states for reciprocal judicial assistance. DB