Macau | The state of land reclamation 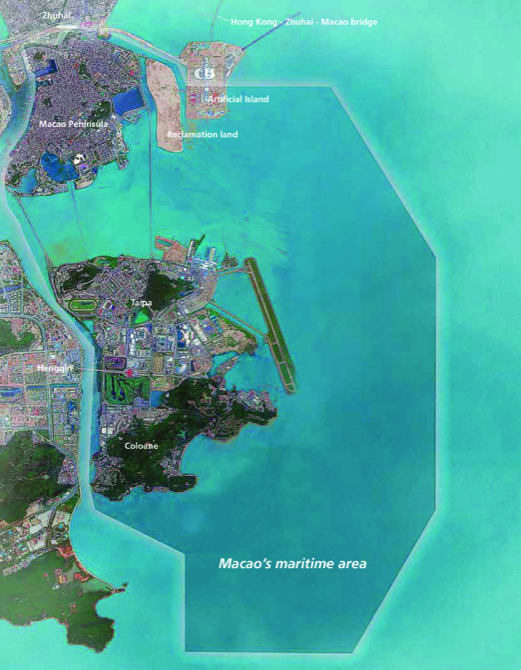 Macau has been a world leader in land reclamation since at least the early 20th century, presiding over a threefold increase in its total land area since 1912. But the last decade has seen an ambitious new leap, with work already underway on six new land zones and studies abound for an 85-square-kilometer sea jurisdiction expanded by the Central Government in 2015.

The six new land reclamation zones, officially known as A, B, C, D, E1 and E2, will reclaim a total area of five square kilometers from the Pearl River, bringing the total dry land jurisdiction to 35.5 square kilometers.

Though the exact uses for the new land are still in question, it is understood that the plots will serve to house new government and court buildings, residential areas, as well as education, culture, sports and leisure facilities.

Construction in Macau’s corner of the Pearl River estuary will proceed in other ways too. A fourth Macau-Taipa link is planned to connect Zone A off the northeastern coast of the Macau peninsula and Zone E1 in Taipa’s Pac On area, near the international airport and the Taipa Ferry Terminal.

A tunnel project on the east side of the Governador Nobre de Carvalho Bridge has been suggested as a fifth Macau-Taipa link, connecting Zone B close to the NAPE district with what will become Zone D in northern Taipa.

As was the case with the construction of southern China’s megabridge connecting the cities of Hong Kong, Zhuhai and Macau, the two new Macau-Taipa links have environmental and ecological activists concerned about disturbances to local ecosystems.

Several possibilities for the exploitation of Macau’s newly-granted maritime area have been raised by lawmakers and public servants in recent years, but others in the government say the options are severely limited by the unfavorable geography of the area.

Speaking to Macao Magazine in September last year, the director of the Policy Research and Regional Development Bureau suggested that only a fraction of the 85 square kilometers was suitable for development.

Mi Jian, who was appointed to the post only recently, said that “after careful investigation into Macau’s fairways, we found that only 12 square kilometers out of Macau’s entire waters is available for development, and after deducting Zones A–E, there is only eight square kilometers left, and they are really scattered. Large-scale reclamation is impossible.”

Even so, the bureau director said that they are investigating the possible development of a “fourth space” (in addition to Macau, Taipa and Coloane) to be located in the maritime area south of Coloane, which they believe will free up space in other parts of the SAR for more optimized urban development.

Another proposal would see an external circular path constructed along the shoreline of the Macau peninsula with the aim of alleviating traffic congestion.

According to Mi, the proposed path would start from the Border Gate and head down Avenida Norte do Hipódromo, Avenida da Ponte da Amizade, through to the Macau Science Centre at the southern edge, then A-Ma Temple, the Inner Harbor area, Fai Chi Kei, and then back to the Border Gate.