Macau will be cashless within five years, assures Joe Liu 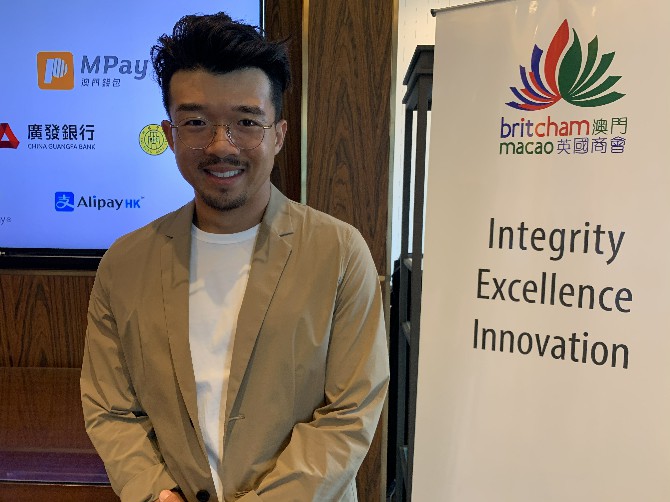 Macau will become a cashless society within the next five years, according to the Director of Macau Pass, Joe Liu.
“I am very confident that Macau is heading toward a cashless society,” said Liu on the sidelines of a breakfast event organized by the British Chamber of Commerce in Macao. “We are working closely with the government to support the development [of a cashless society].”
Macau holds this potential, according to Liu, because “we are in the backyard of mainland china, which is already almost completely cashless” and where most vendors expect payments to be settled electronically.
But while the territory can learn a lot about e-payments from its giant neighbor, Macau first needs to overcome several regulatory hurdles.
One of these hurdles is the strict resolve of the Monetary Authority of Macau which is, according to Liu, “very strict with what you can do with financial licenses […] and probably one of the strictest financial regulators in the world, even stricter than Hong Kong.”
“We have to follow the same procedures as all the banks [irrespective of the sums being transferred],” added Liu.
Another challenge listed by Liu concerns the taxi industry. According to the entrepreneur, because MPay makes most of its money from tourists, taxis are an obvious place to install payment terminals.
But license holders are disincentivized to adopt mobile payments because existing regulations do not allow taxi fares and tips to be combined into a single payment. That leads to less convenience for the rider and less earnings for the driver.
Still, even with these hurdles, the mobile payments platform has seen its market penetration grow substantially. Today, MPay serves about 400,000 local users, more than half of Macau’s population, while the Macau Pass network recorded a total transactions value of some 10 billion patacas.
Contactless smartcard Macau Pass has also seen its market penetration grow after the company was selected by the government to roll out Macau’s consumption subsidy scheme. The scheme involves two rounds of “electronic vouchers” distributed to every registered Macau resident in sums of 3,000 patacas and 5,000 patacas.
The company said it does not receive any commission from the scheme, nor for installing the terminals that vendors use to collect payments.
Macau Daily Times is the official media partner of Britcham Macao.

Correction: An earlier version of this article incorrectly stated that Monetary Authority regulations prohibited taxi fares and tips to be combined into a single payment, when it is in fact transport regulations that prevent the combined payments.