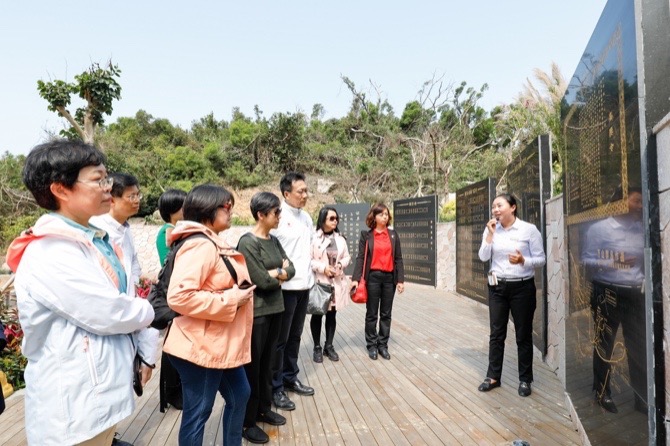 The tourism authorities of Zhongshan, Zhuhai and Macau have convened in Zhuhai for their annual meeting to deepen regional cooperation between the three cities, and advance the expansion of their visitor source markets.

At the meeting, the three tourism authorities agreed to carry out joint promotion with the theme of Dr. Sun Yat Sen’s life history and cultural heritage, promote their major festive events, as well as to update the Zhongshan, Zhuhai and Macau food guide.

In 2006 Zhongshan, Zhuhai and Macau formed a tourism alliance to carry out joint marketing initiatives under their image as the “Fragrant Hill in the past; Zhongshan, Zhuhai and Macau today.” The alliance aims to entice more international visitors to visit the three cities in one trip and brand the Pearl River Delta Region as one travel destination.

The tourism authorities of the participating cities take turns to assume the role as alliance chairman and hold annual meetings to report on progress.

Last weekened, the Macao Government Tourism Office (MGTO) organized a two-day familiarization visit to Zhuhai and Zhongshan for Macau trade partners, so as to promote a wider understanding of the tourism resources in the Greater Bay Area.

In mid-May last year, tourism authorities and industry representatives of the three cities jointly organized tourism promotions in Jinan of Shandong and Quanzhou of Fujian to present their combined tourism offerings.

As part of the promotion strategy, the three tourism bureaus published a food guide in Chinese and English, with the objective of enticing more visitors from both the mainland and abroad. DB