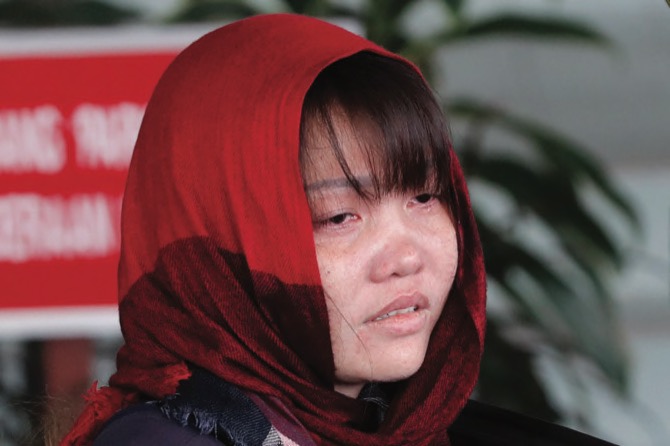 “I have no idea what is going on.”,  Doan Thi Huong

Malaysia’s attorney-general ordered the murder case to proceed against a Vietnamese woman accused in the killing of the estranged half brother of North Korea’s leader, prosecutors said in court yesterday.

Prosecutor Iskandar Ahmad gave no explanation for the refusal to drop the murder charge against Doan Thi Huong, who is the only suspect in custody after the stunning decision Monday to drop the case against Indonesian Siti Aisyah.

The decision to move forward with Huong’s case was slammed by both her lawyer and Vietnam’s ambassador, who had hoped she would be given the same leniency as Aisyah.

Ambassador Le Quy Quynh said he was “very disappointed” with the decision. He said Vietnam’s justice minister had written to the Malaysian attorney-general seeking Huong’s release and that Vietnam would keep lobbying Malaysia to free her.

“We will request Malaysia to have fair judgment and release her as soon as possible,” he said.

Huong’s lawyer Hisyam Teh Poh Teik was more blunt, telling the court the decision was “perverse.” He said prosecutors were being unfair to Huong as her case was similar to Aisyah.

“Very obviously, there is discrimination. The AG favored one party to the other,” Teh said.

Huong and Aisyah were accused of smearing the toxic VX nerve agent on Kim Jong Nam’s face in an airport terminal in Kuala Lumpur on Feb. 13, 2017. They have said they thought they were taking part in a harmless prank for a TV show.

A High Court judge last August had found there was enough evidence to infer that Aisyah, Huong and the four North Koreans engaged in a “well-planned conspiracy” to kill Kim.

Lawyers for the women argued that they were pawns in a political. Intent to kill is crucial to a murder charge under Malaysian law.

Huong’s lawyer sought a deferment of the trial yesterday, saying she was unwell and needed medical treatment. He said Huong only slept an hour a night since Aisyah’s release and was not in a position to testify.

When asked by the judge if she was unwell, Huong stood in the dock and said she suffered from tension and stress.

“I have no idea what is going on,” a tired and pale- looking Huong, who was wrapped in a red headscarf and a coat, said through an interpreter.

The judge agreed to postpone the trial until April 1 but warned there should be no more delay. The defense phase of the trial was to have begun Monday.

Huong was sobbing as she spoke to Vietnamese Embassy officials after yesterday’s court hearing ended.

In Huong’s village in Vietnam, her family was crestfallen.

“I had hoped for good news today, but unfortunately there is none. I’m very sad and disappointed. I had hoped my daughter would be freed like the Indonesian woman,” said her 66-year- old father Doan Van Thanh.

He said he believes his daughter is innocent and told her to “stay calm and hope for the best outcome.”

Huong’s stepmother, Nguyen Thi Vy, was in tears as she slammed the court’s decision.

“It’s so unfair. They were together, did the same thing,” she said.

Huong could face a death sentence if she is convicted. 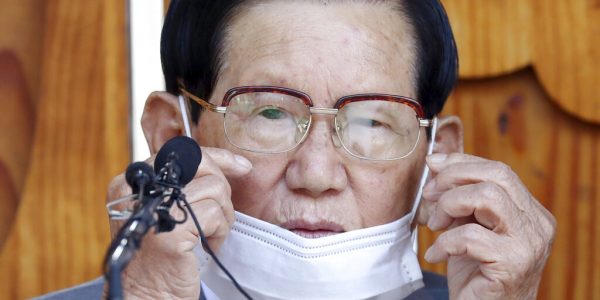 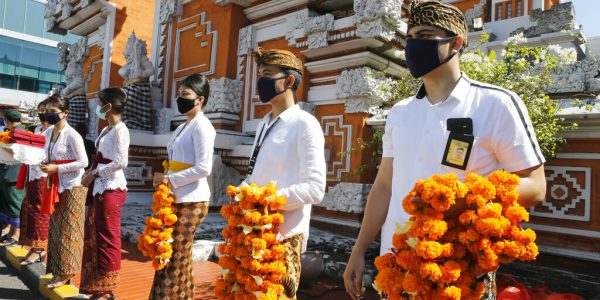 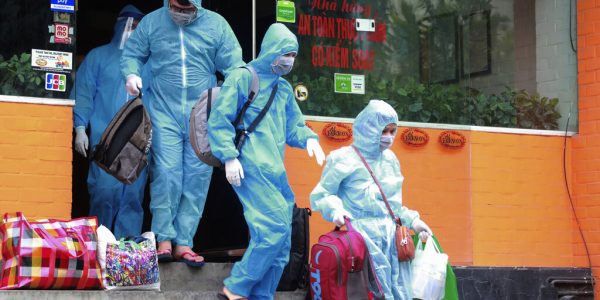