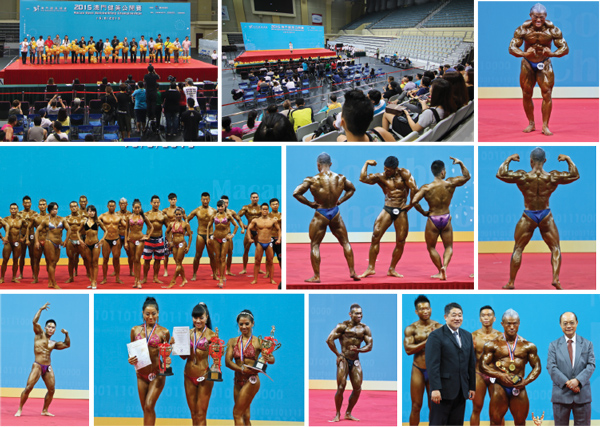 The 2015 edition of the Macau Open Bodybuilding Championships, organized by the Macau Bodybuilding and Fitness Association, took place yesterday at the Tap Seac Multisport Pavilion and saw a good number of fans attending the event, cheering for their favorite athletes.
Also appearing these Championships were numerous VIPs who came to show their support. Among them were the President of MBFA Mr. Che Kuong Hon and Ms. Ines Yeung Sai Ip, one of the most prominent figures of the Macau Bodybuilding scene and a Member of the Women’s committee of the Asian Bodybuilding Federation.
With over three dozen athletes competing in several categories in both the male and female heats, the Championships were successfully held before an attentive jury and a cheerful crowd, showing the best Macau has to offer in terms of bodybuilding.
In the end and once again, the Championships crowned probably the most popular Macau bodybuilder of all time, Joe Iao, who took home four first prizes in different categories.
On the women’s side, the competition was even more fierce with the 1st prizes in several categories being split among contestants no.82 and 130.
The upside of the event, besides dishing out the glory to the big winners, was to realize a clearly rising interest for this sport by many young athletes who, although still unable to beat the masters, gave the impression of a bright future for the sport in Macau. By Renato Marques 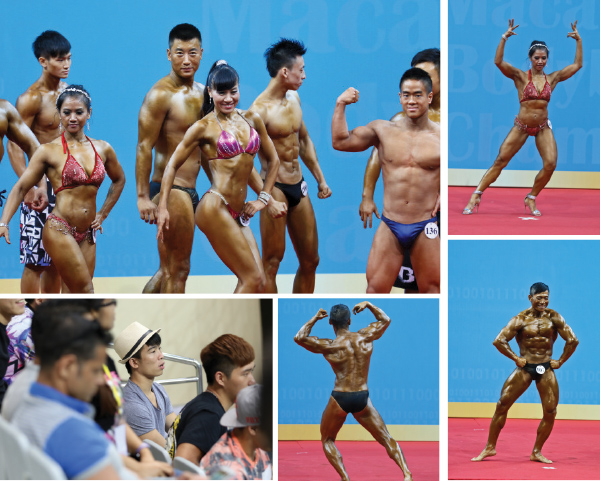