Made in Macao | The bright and dark side of Mahjong 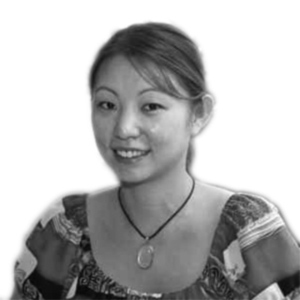 Facing the almost apocalyptic situation in China now, citizens are experiencing a state of isolation. The emptiness on the streets is one that has not been seen for over a decade, other than during the aftermath of the super typhoons of the last two years. And this state of affairs has brought back a sound I have not heard for some time: the “twittering of the sparrow,” the sound emitted by shuffling Mahjong tiles. Not that I am literally hearing Mahjong tiles all the time, but rather, seeing neighbors carrying Mahjong tables to their apartments, walking past small shops with four people around a Mahjong table, and seeing photos of the tiles on Facebook makes me hear Mahjong tiles, metaphorically speaking, all the time.
That got me thinking: why is it that often during crises such as typhoon and epidemics, people resort to playing Mahjong?
Well, Mahjong may have a bad connotation, given the gambling nature of the game. However, while people who love playing Mahjong may sometimes be considered gamblers, the game is more than just playing with luck and gaining fortune. Given there has already been medical research supporting the positive effect of playing mahjong in preventing dementia, it is believed to be a game that can improve memory, critical thinking, and relationships. It is a good pastime, a good study into Chinese culture, and a good way to get to know people better.
Mahjong is a good pastime because it is a game that requires thinking and strategizing, which keeps players focused and helps them to forget about other worries. The influential Chinese historian, philosopher, and politician, Liang Qichao, famously commented that “only reading can make one forget about Mahjong, and only Mahjong can make one forget about reading”. It is not surprising that Mahjong can keep our minds engaged if it did for one of the greatest minds in contemporary Chinese history.
Culturally speaking, unlike other board games or card games, Mahjong is not about racing to the finish line depending on the luck of throwing dice or having a good hand. Many a times, the game ends with no winner. To win, one has to collect a harmonious set of triples and a pair of tiles. Although luck has its hand in the game, it also depends a lot on what others discard.
It is a game of collectivity, and a game that one can hardly win if all other players are determined to sacrifice their game just to keep you from winning. To me, an unskilled player, I came to believe that it is a game more to do with interpersonal relations than luck or skill. A skilled player is not one who wins a lot, but one who takes calculated risks when they believe they have a chance to win, manages to keep their enemies from winning and helps their friends win if they do not have a chance themselves.
And that leads me to the final beauty of the game – it is one that lets us see the real face of others. Being a longitudinal game, Mahjong helps us see the best and the worst in people. There are players who play mainly for gatherings with friends, enjoying the game and conversations, and do not care much about losing. I am referring to a friendly game with low stakes, quite often amongst family and friends. And then, there are those who often seem amiable, but less than an hour into the game, start cursing and showing animosity towards other players.
Anyhow, Mahjong is a game of high cultural and social value, and one that may even be of advantage to the wellbeing of our minds and social connections in times of crisis. And that is the beauty of our national game.