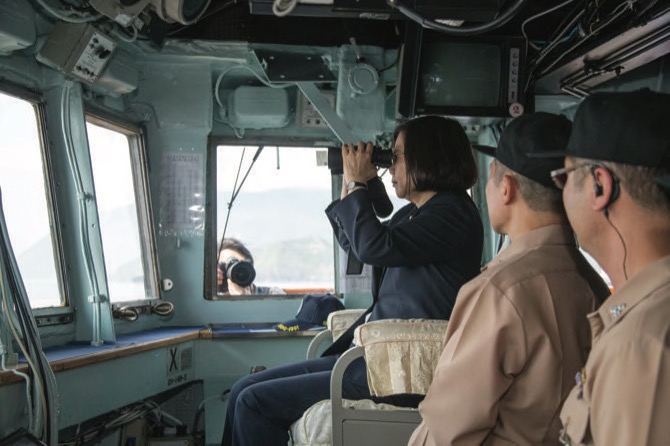 A mainland researcher has encouraged Taiwan to join the Guangdong-Hong Kong-Macau Greater Bay Area (GBA) plan, so that Taiwan may also benefit from the GBA’s development.

Sheng Jiuyuan, Director of the Taiwan Research Centre at the Shanghai Academy of Social Sciences, said that by joining the Greater Bay Area, Taiwan could sign free trade agreements with other countries under the name Chinese Taipei, and that Taiwan could also join the Asian Infrastructure Investment Bank.

In Sheng’s opinion, published yesterday by the United Daily News, Taiwan could therefore enjoy 10 economic benefits, with the top benefit being the signing of free trade agreements with other countries.

In turn, it is also believed that mainland China will be able to give Taiwan beneficial policies in fields such as finance, education, logistics, biotechnological and green energy.

Gradually, their joint cooperation would hopefully lead to the mainland canceling some restrictions regarding Taiwan investments in mainland China.

The Chinese researcher proposed another idea. Sheng suggested that Taiwan’s northern region could work with the Yangzte River Delta, while central Taiwan and southern Taiwan could work with other mainland provinces in a model similar to the Greater Bay Area.

Overall, the scholar expressed that Taiwan could “fully play out it’s special status and role in the country’s opening up to the outside world” if it joins the Greater Bay Area.

In addition, the academic and specialist in Taiwanese affairs highlighted that Taiwan residents could enjoy further benefits.

The research comes during a period of strained relations between Beijing and Taipei.

Earlier this week, China said that attempts to block it from bringing the island under its control are futile, like “stretching out an arm to block a car,” AP reported.

The statement took aim at President Tsai Ing-wen’s recent announcement of measures to counter China’s “one country, two systems” framework for political unification with the island.

Tsai of the pro-independence Democratic Progressive Party was elected in a 2016 landslide, but has seen her approval ratings fall as she prepares to seek re-election next year.

In a meeting on national security this week, Tsai said Taiwan’s legal and political institutions need strengthening and its military needs bolstering — including through bigger budgets — while economic competitiveness needs to be raised and greater outreach made to the international community to counter Beijing’s isolation campaign. JZ