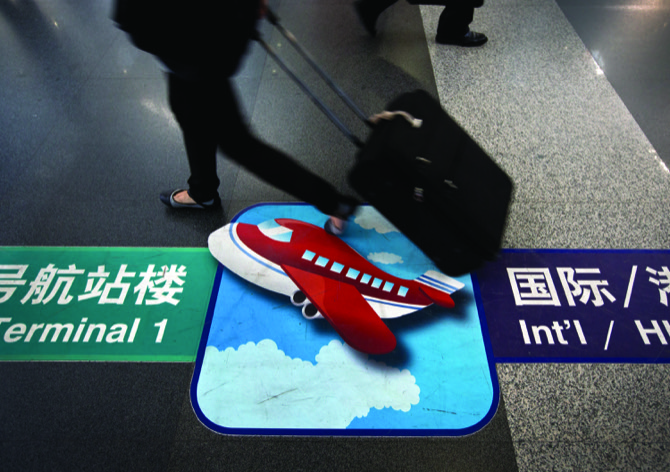 The aeronautical authorities of mainland China and Macau signed the new Memorandum of Understanding (MOU) on air transport yesterday in Beijing.

According to a statement issued by the Civil Aviation Authority of Macau (AACM), the new arrangement has “more liberal provisions.” It increases the destination points in mainland China from 57 to 68, extends the destination area for helicopter scheduled services and charters, allows the inter-modal code sharing service, and so on.

The two delegations shared views and opinions on the economic growth of the Pearl River Delta (PRD) region. They believe that the helicopter scheduled services and charters which cater to high-end passengers will have good prospects and therefore agree to extend the destination area from Shenzhen only as in the old MOU, to the whole of Guangdong province as in the new agreement.

In addition, given the potential driven by the Hong Kong-Zhuhai-Macau Bridge, the two parties agreed to implement the inter-modal code sharing service. Under this service, designated airlines from both sides can cooperate with sea transport operators and road transport operators in the PRD to provide an extended service of flights originating from or destined for Macau. In the first phase, the sea-air link will connect to Shenzhen, Guangzhou, Zhongshan, Dongguan and Zhuhai, while the road-air link will connect to the whole of Guangdong province. Both parties also agreed to consider the possibility of extending the inter-modal code sharing service to other cities and explore the possibility of a rail-air link in the future.