Manufacturing is back in expansion 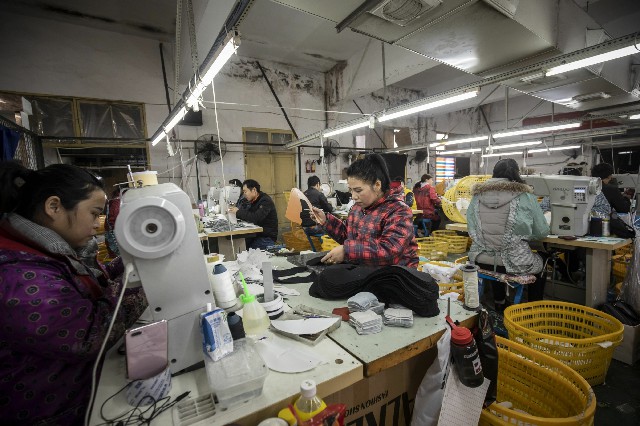 A gauge of China’s manufacturing sector jumped unexpectedly in November, signaling a recovery in activity amid government support and a stabilizing global economy.
The official manufacturing purchasing managers’ index rose to 50.2, according to data released by the National Bureau of Statistics on Saturday. That’s the first reading above 50 since April, indicating an expansion in output. The non-manufacturing gauge was 54.4, the highest since March.
The surprise improvement offers a glimmer of hope that China’s economy may be able to hold in check its slide toward sub-6% growth. Still, the industrial sector faces a host of headwinds including deflationary risks and rising borrowing costs, with household consumption also being squeezed by increasing food prices.
“Whether a single-month data can signal stabilization is questionable, and economic indicators are contradictory,” said Nie Wen, an economist at Huabao Trust Co. in Shanghai. “It may foreshadow an improving trend, but it’ll be moderate and any solid improvement would have to wait till at least the first quarter of 2020.”
While China and the United States are still thrashing out details of an interim trade deal, Beijing faces the possibility that on Dec. 15 U.S President Donald Trump will impose tariffs on additional Chinese imports.
A sub-index of new export orders climbed to seven-month high at 48.8 on easing trade tension, but was still in contraction. Businesses showed across-the-board improvement regardless of size, although small and medium-sized enterprises are still shrinking. Employment at factories remained unchanged at 47.3.
While more policy easing measures will be necessary to maintain stable growth in 2020, Chinese authorities may want to adjust the pace until the outlook becomes clearer.
“We don’t think Beijing will overreact to this reading, as it has already learned the lessons from spring this year when some headline data pointed to a recovery,” Lu Ting, chief China economist at Nomura International HK Ltd, wrote in a note. “Amid a deteriorating growth outlook, Beijing will likely to roll out more easing measures despite a limited policy room.”
The People’s Bank of China trimmed the interest rate it charges on funding to commercial lenders in November, in a step largely to prevent the monetary stance from becoming too tight rather than outright easing. The next key date is Dec. 6, when 187.5 billion yuan ($26.7 billion) of medium-term loans are due.
China has asked local governments to speed up the issuance of 1 trillion yuan of debt earmarked for infrastructure such as roads, water conservancy and healthcare facilities, so that the proceeds can be invested early in 2020 to help shore up the slowing economy. The construction index in November’s PMI data fell to 59.6 from 60.4 in the previous month, but is still at a high level.
Credit growth in November could be a good reference to check the resilience of domestic demand recovery, China International Capital Corp. economists wrote in a note. A separate PMI focused more on smaller, export-orientated firms due Monday is forecast to show slowing expansion.