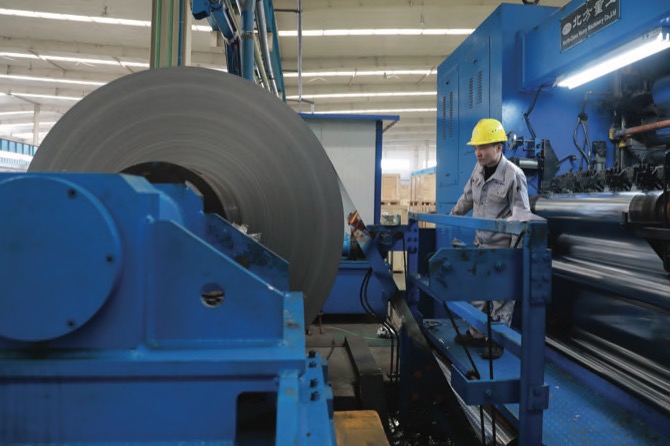 Chinese manufacturing activity fell to a three-year low in February amid a tariff battle with Washington and weak global demand, a survey showed yesterday.

The monthly purchasing managers’ index by the government statistics bureau and an industry group fell 0.3 points to 49.2 on a 100-point scale on which numbers below 50 indicate activity contracting. That was the lowest level since February 2016.

Chinese manufacturers have been hurt by President Donald Trump’s punitive tariffs in a fight over Beijing’s technology plans and cooling consumer demand at home and abroad.

Trump said weekend talks in Washington made progress but his chief negotiator, Trade Representative Robert Lighthizer, indicated Wednesday there are significant differences between the two sides.

“Much still needs to be done,” Lighthizer said during an appearance before a U.S. House of Representatives panel. He mentioned Washington’s desire for an enforcement mechanism with penalties if Beijing fails to carry out its commitments but gave no other details.

Companies are wary of making investments and other long-term decisions without a formal settlement, economists say.

“Unless the trade war truly turns into an extended truce, the weakening trend may not end quickly,” Irene Pang of ING said in a report.

Any U.S.-Chinese deal is unlikely until at least the end of March, so “another month or two of bad PMI data” are likely, Pang said.

Measures of output and employment declined, according to the National Bureau of Statistics and the Federation of Logistics & Purchasing.

The weakness in trade and manufacturing has increased pressure on the ruling Communist Party to resolve its fight with Washington.

Last year’s economic growth declined to a three-decade low of 6.6 percent and yesterday’s report adds to signs activity might be weakening further.

Trump is pressing Beijing to roll back plans for state-led creation of global competitors in robotics and other technology that Washington, Europe, Japan and other trading partners say violate China’s market-opening obligations.

China’s global exports rebounded in January from a contraction but sales to the United States fell 2.4 percent from a year earlier, reflecting the impact of Trump’s tariff hikes.

The trade battle has rattled Chinese consumers, some of whom say they are putting off big purchases until the economic outlook is clearer. That sets back Beijing’s campaign to nurture self-sustaining economic growth based on domestic consumption instead of exports and investment.

The government has warned Chinese exporters the global environment is “complicated and severe.” Joe McDonald, AP