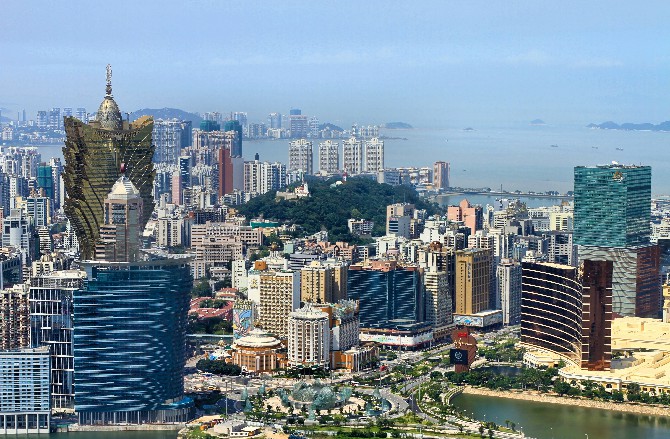 Macau’s gross gaming revenue (GGR) in March is music to the ears – it totals MOP8.31 billion, a record monthly high since the Covid-19 outbreak. The figure “bodes well for further recovery” in the coming two months, JP Morgan commented on a statement released yesterday.
The GGR figure of March is in line with the earlier brokerage’s forecast of somewhere between MOP8.1 – 8.4 billion.
A daily run-rate of MOP268 million in March also demonstrated a “consistent sequential recovery from MOP250-260 million/day in the past three months,” JP Morgan analysts DS Kim and Derek Choi said.
The two analysts ascribed the encouraging advancement to several factors: improving travel sentiment and the release of pent-up travel demand. These conclusions were derived from the city’s recent arrival statistics — Macau registered the highest daily record of 32,647 visitor arrivals on March 26 since the onset of the pandemic.
Another driver could be the recent lifting of some gaming restrictions, which included scrapping the ban on standing bets and Covid-19 test requirements for casino entry.
However, Ben Lee, managing partner of IGamiX Management & Consulting, has a different take on March GGR. He told the Times, “It’s just normal volatility as usual. It’s too early to tell if it’s a recovery.”
March GGR displayed a 13.6% increase from MOP7.31 billion last year, and a 58% up-tick from MOP5.26 billion from the same month in 2020, according to data released yesterday by the Gaming Inspection and Coordination Bureau (DICJ),
As of now, the month-t0-date GGR — the accumulated figures from January to March 2021 — amounted to MOP23.6 billion, down 22.5% year-on-year.
In the first quarter of 2021, JP Morgan expects the mass GGR to have already recovered to around 40% of pre-pandemic levels, or of 2019’s averages. Meanwhile, the GGR from the VIP sector returned to around 20% of pre-crisis levels.
“We expect GGR to keep improving sequentially in April (MOP8.4-9.0 billion) and May (MOP11 billion), with the pace of recovery ramping-up from the May Golden Week, and to further accelerate into 2H with more re-opening & travel easing,” JP Morgan stated.
The brokerage estimates the city’s GGR would recover to more than “70%/85%” of pre-pandemic levels in the third or fourth quarter of 2021, before being fully recovered by 2022. 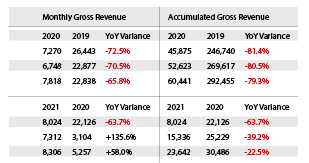