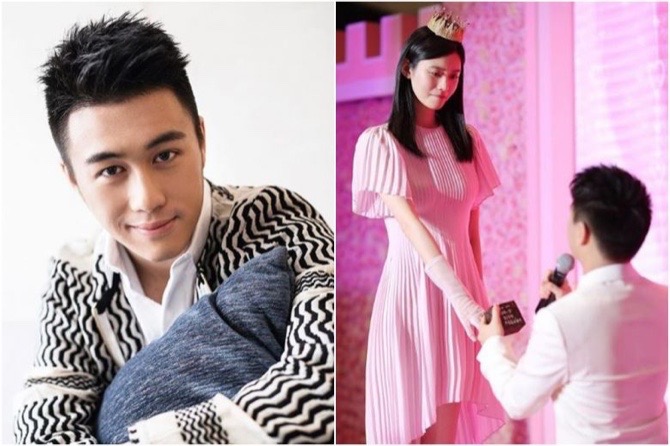 Son of gaming tycoon Stanley Ho and lawmaker Angela Leong, Mario Ho, has proposed to his girlfriend of two years in a mall in Shanghai owned by his mother.

“Remember when we were in Macau and I asked you if there was a possibility we could be together? Today, the question has turned into, ‘Little Ming, you think we can be together forever?’ Ming Xi, marry me?” Ho asked, as cited in reports.

On Weibo, the question “Is Ming Xi pregnant?” started trending, as some photos taken by reporters showed the 30-year-old model with an alleged baby bump, although Ho denied the rumor last month.

Ho also revealed details on Weibo of the preparations for his proposal, noting that they began on Sunday and lasted until 5 a.m. on Monday.

In an Instagram post, the 24-year-old said, “I can’t believe I’m actually [marrying] the girl I said I was going to marry when I was younger. Girl of my dreams is now going to be my wife, how fairytale can life get for me?”