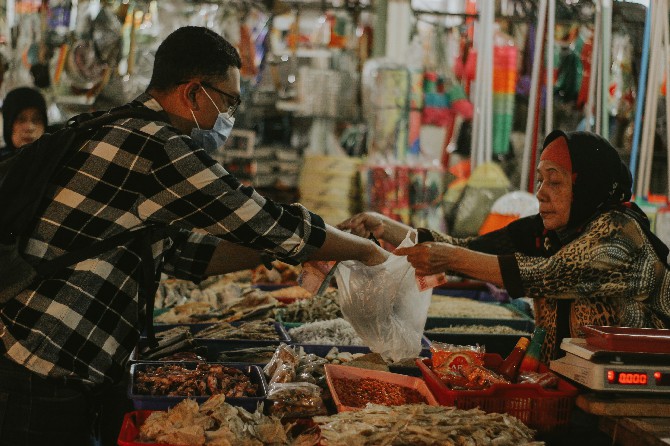 Current wet market vendors are worried that they may fall into a legal grey area, if not a trap, when they are required to sign leasing contracts with the government pending the passing of a bill.
The current bill being discussed at the Legislative Assembly’s First Standing Committee shall, if passed, govern the particulars concerning wet market vending stalls. The core of the bill goes to the requirement for contract signing upon leasing and public bidding for stalls.
The bill also proposes requiring stall tenants to operate in-person for no fewer than 240 days per year. Considering many current stalls are operated by married couples, with one person handling the sales and the other running errands, vendors are worried that they will fall into a trap and be eligible for punishment by the government.
In addition, the government has proposed installing surveillance cameras to record the operational status of stalls. Vendors have expressed their objections to the government, which has agreed to pursue other options.
Members of the committee pointed out that the definitions in the bill are vague. It proposes that the markets be a place for selling “multifaceted products and services,” prompting members to clarify whether fresh fish, meat and vegetables fall within the definitions.
Speaking after the session of the First Standing Committee of the Legislative Assembly on Tuesday, the president of the committee, lawmaker Ho Ion Sang, remarked, “Of course, the legal stipulations make a framework only.”
He emphasized, “The terms and clauses in future contracts shall be relatively rich and detailed.”
The committee also reminded the government to align the legal stipulations with future contract terms and clauses.
In addition, Ho cited the Municipal Affairs Bureau as saying that they have no intention to transform wet markets into integrated communal facilities. However, if conditions allow, the bureau will bring in livelihood services such as key copying and shoe fixing services.