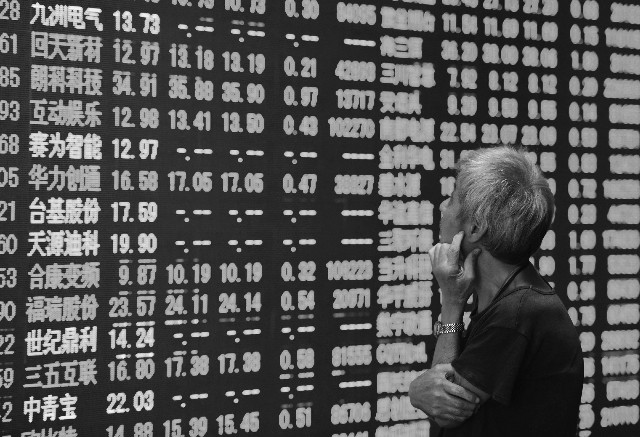 A third Hong Kong stock in less than a week lost most of its value in a sudden one-day plunge, underscoring concern that the $5.2 trillion market has become a breeding ground for wild volatility.
China First Capital Group, an investment company that focuses on financial and education services, plunged as much as 78% on Wednesday before trading was suspended. Virscend Education Co., which is partly owned by First Capital, also lost as much as 78% before paring its decline to 30%. The moves wiped out a combined $1.1 billion in shareholder value.
Virscend’s shares may have been sold by First Capital because of a margin call, but that hasn’t been verified, said Chen Keyu, Virscend’s director of investor relations. A representative for First Capital said the company couldn’t immediately comment.
While Hong Kong is no stranger to sudden stock slumps, the fresh wave of declines is once again putting the spotlight on corporate governance at the city’s listed companies. One oft-cited catalyst for the outsized swings is forced selling by major shareholders who have borrowed against their positions. That can lead to a domino effect when companies are connected by investors or business lines, and it’s not always clear under Hong Kong’s disclosure rules when a stake has been pledged.
Last week, ArtGo Holdings Ltd. slumped 98% after MSCI Inc. scrapped plans to add the stock to its benchmark indexes, citing concerns about investability. That same day, a Chinese furniture maker fell as much as 91% after a short-seller questioned the company’s accounting. First Capital owned a 1.6% stake in ArtGo as of July, according to an exchange filing.
Hong Kong’s Securities and Futures Commission and stock-exchange operator have made cleaning up the city’s equity market a priority in recent years, saying extreme share-price swings and allegations of manipulation – particularly among small-cap stocks – have damaged Hong Kong’s reputation. The collapse in 2017 of a shadowy group of companies, dubbed the “Enigma Network” by local activist investor David Webb, is now part of the biggest investigation of market malfeasance in the city’s history.
Hong Kong exchange rules say a controlling shareholder can borrow against stock and not disclose the transaction as long as it’s for personal finance reasons rather than loans, guarantees or other forms of support for the company. Critics have said complex holding structures stretching across multiple stocks puts unsuspecting investors at risk.
First Capital reported a net annual loss in three of the past four years, according to data compiled by Bloomberg. The company has pledged assets worth about 758 million yuan ($108 million) for unspecified funding purposes, according to its mid-year earnings report. It held a stake of about 12.4% in Virscend, according to an exchange filing in July.
First Capital is a constituent of China-focused indexes compiled by MSCI and FTSE Russell. As a member of the Hang Seng Composite index, it’s also available to mainland investors through stock links with Hong Kong. Bloomberg