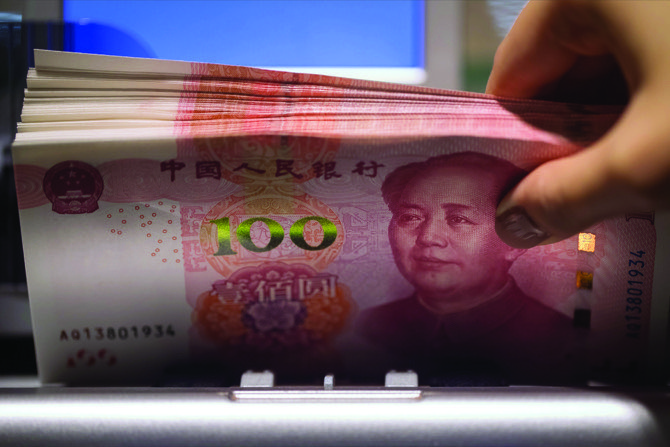 China’s cash-strapped companies are going to new lengths to raise money from the booming stock market, even if it comes at a cost to existing shareholders.

Nine firms have said they plan to raise a combined 40.5 billion yuan ($6 billion) through rights issues since January, almost twice the amount announced all of last year, according to data compiled by Bloomberg. That includes Tianqi Lithium Corp. and Xinjiang Tianrun Dairy Co., whose shares slumped 5.4 percent and 10 percent immediately after their respective announcements.

Chinese companies face restrictions on how much, how often and at what price they can sell new shares through private placements, the hitherto most popular method to raise money via the equity market. That’s sent them on a hunt for alternative funding tools, making the most of this year’s surging risk appetite. A rights issue, while subject to some of the same regulatory hurdles, allows for more freedom on pricing.

“Rights issues are the most effective way of equity refinancing at the moment due to strict restrictions on private placements,” said Yang Hai, analyst at Kaiyuan Securities Co. “For the stock market, it’s never good news whenever refinancing shows up.”

The surge in rights issues has underscored the dilemma facing the nation’s leaders as they seek to improve financing conditions for the private sector without jeopardizing the sustained rally in the stock market. The curbs on private placement were put in place in 2017, when new listings were picking up pace, alarming regulators that they may drag down the stock market by adding supply.

The Shanghai Composite Index has risen more than 30 percent this year through last Friday, the best-performing stock market in the world. The gauge fell 1.7 percent yesterday, as investors turned cautious after China’s latest politburo meeting hinted that future policies may be less stimulative.

The flood of issuance elsewhere – including 207 billion yuan of convertible bonds and more than 80 applications to list on Shanghai’s new tech board – have also raised concerns over whether there’s enough money in the equity market to go around. Bloomberg