Markets | World shares higher ahead of talks between Xi, Biden 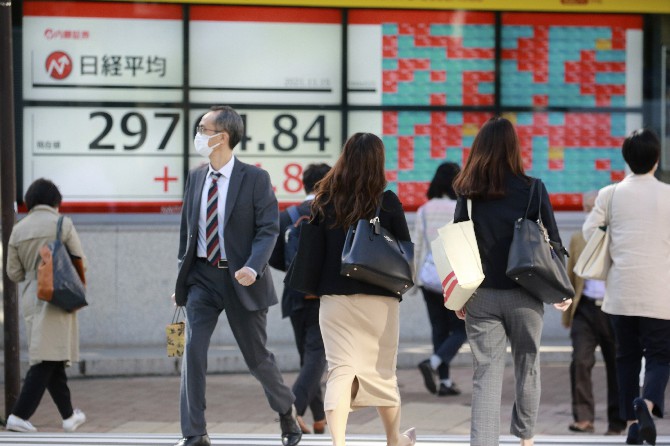 Shares advanced yesterday in Europe and Asia ahead of virtual talks between President Joe Biden and Chinese President Xi Jinping.
The encounter, due to take place this morning, could add some clarity about the status of fraught trade relations between the world’s two largest economies.
It comes fresh off a pledge by the U.S. and China to at U.N. climate talks to step up cooperation on reining in climate-damaging emissions. But it follows months of unproductive exchanges between the two presidents’ top advisers.
“So far, the relations between Washington and Beijing are still sitting at their lowest level, and traders are hoping that this meeting will give them a reason to feel a little more comfortable when it comes to geopolitics,” Naeem Aslam of Avatrade said in a commentary.
The futures for the S&P 500 and for the Dow industrials both were 0.1% higher.
Japan reported that its economy contracted in the July-September quarter amid tighter pandemic restrictions that hit consumer spending.
In annual terms, the economy shrank at a 0.3% rate. It contracted 0.8% from the previous quarter.
Prime Minister Fumio Kishida is due to present a major stimulus package this week, with spending of up to 40 trillion yen ($350 billion).
A recent sharp decline in new coronavirus cases has enabled the country to relax restrictions on business and other activities, and that coupled with the government spending is expected to fuel a solid rebound for the last quarter of the year.
Tokyo’s Nikkei 225 index gained 0.6% to 29,776.80, while the Kospi in South Korea surged 1% to 2,999.52. In Australia, the S&P/ASX 200 added 0.3% to 7,470.10.
China’s latest data update was a mixed bag, with stronger retail sales and factory output but weaker housing prices and investments in fixed assets.
Hong Kong’s Hang Seng index picked up 0.3% to 25,390.91, while the Shanghai Composite index slipped 0.2% to 3,533.30.
In Beijing, a new stock exchange set up to serve entrepreneurs opened trading Monday with 81 companies amid a crackdown on tech giants that has wiped more than $1 trillion off their market value abroad.
It joins others in Shanghai and the southern city of Shenzhen. Mainland exchanges are mostly off-limits to foreign investors and were set up mainly to raise funds for state-owned companies. President Xi Jinping said in September the Beijing exchange would “create a service-innovation-oriented main position for small and medium-size enterprises,” the ruling party’s term for private companies.
On Friday, stocks closed higher on Wall Street but the market still ended the week lower.
The S&P 500 index added 0.7% but ended the week down 0.3% in its first weekly loss in six weeks.
The Dow Jones Industrial Average rose 0.5% and the Nasdaq composite closed up 1%. The Dow lost 0.6% for the week and the Nasdaq lost 0.7%.
The recent winning streak for stocks, which produced a series of record highs for the major indexes, appears to have faded as investors shift their focus from corporate earnings to rising inflation.
Yesterday, U.S. benchmark crude oil shed 61 cents to $80.18 per barrel in electronic trading on the New York Mercantile Exchange. It lost 80 cents to $80.79 per barrel on Friday.
Brent crude oil, the basis for international pricing, lost 72 cents to $81.45 per barrel.
The dollar slipped to 113.89 Japanese yen from 113.97 yen. The euro rose to $1.1454 from $1.1447.