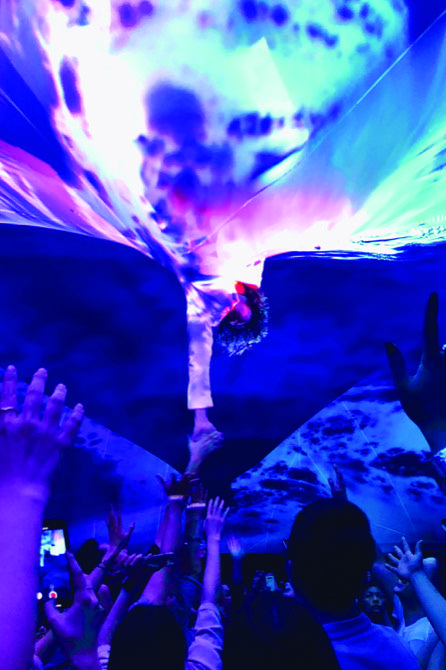 For the first time in Macau, the show offers outside-the-box theater and party surprises, giving audiences unique and unexpected experiences.

The Argentine theatrical performance is a three-dimensional standing show pumping with adrenaline, stimulating senses and surprising theatergoers at every point of the performance.

The standing show redefines the show rules with no rigid stage or seating arrangements. Audiences are at the center of the show and actively interact with the performers.

Wherever the audience is in the theater, they are fully submerged in the 360-degree view and surrounded by shock-waves of the theater’s visual effects and lighting.

“We want to create a connection with the audience and take the audience into a different environment and energy. This show wants to bring you to this crazy world,” said one of the performing artists, Camilla Taranto.

“We invite the audience to be involved and be part of the show. Without the public, we won’t be able to do the show,” the artist added.

Spontaneous and high in energy, the use and effects of technology is the Fuerza Bruta mark.

“You have all these things moving around you including the machines and visual things, technical things working for the scenes. […] It’s the mark of Fuerza Bruta. We invite the audience to freedom,” Taranto added.

Having toured 27 countries worldwide, audiences of over 2.5 million have already indulged in the off-the-chart sensory feast presented by Fuerza Bruta. 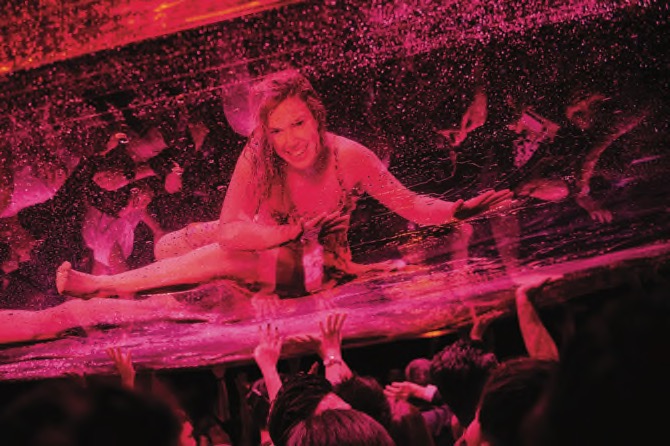 Meaning “brute force” in Spanish, Fuerza Bruta is a postmodern theater show originating in Argentina. The show debuted in 2005 at Buenos Aires, and it has been running Off-Broadway in New York since 2007.

Among the highlights of the Fuerza Bruta tour is the exchange and collaboration with local performance artists.

For Fuerza Bruta Wayra Macau, Hong Kong actor Tyson Chak Hoi-tai made a return to the stage last week with a special guest appearance. A leading actor for this anticipated crossover, he portrays a normal white-collar worker crazily running on a mega treadmill.

Mr Chak commented, “I am very honored to be invited by MGM to join forces in Fuerza Bruta Wayra, redefining show rules and fully interacting with the audience. I see the show as both an unorthodox world-class performance and a real personal breakthrough as I have boldly jumped from a 6-meter high stage, rehearsal after rehearsal.”

“Your adrenaline will definitely be pumped further in this Fuerza Bruta Wayra crossover, and I am looking forward to engaging with the audience in this one-of-a-kind theater party experience,” he added. 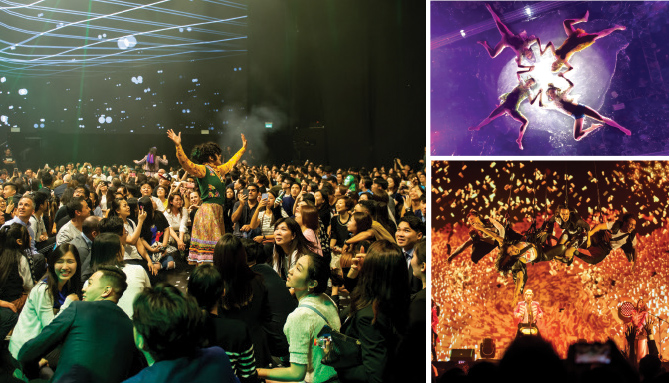 Grant Bowie, CEO and an executive director of MGM China Holdings Limited, commented, “MGM Theater’s revolutionary technologies and extraordinary flexibility have made the staging of Fuerza Bruta possible in Macau.”

Fuerza Bruta Wayra Macau will be staged at the MGM Theater at MGM Cotai from Wednesday through Sunday nights as well as double shows on Saturday and Sunday afternoons, until August 4.

This event is a standing only show.