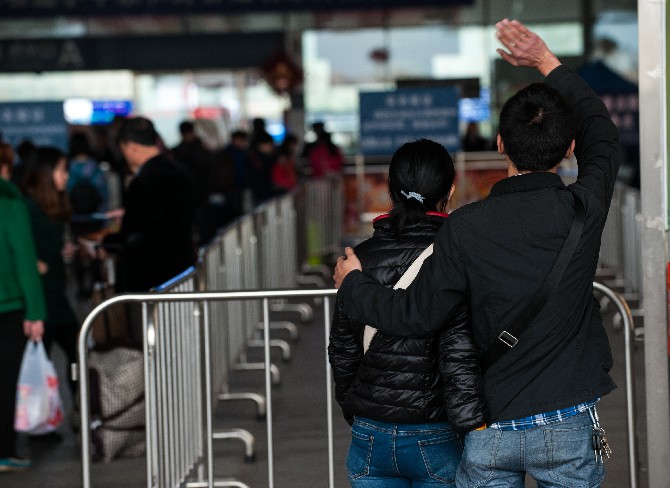 From Thursday, all foreign workers who have been to mainland China in the past 14 days will be required to undergo 14 days of medical observation at designated venues in Zhuhai before they can enter Macau, Chief Executive Ho Iat Seng announced in an Executive Order.
Not only will they need to undergo medical observation, but after the observation period they will be issued with a medical certificate from Zhuhai’s medical authority which states that they are free of the Covid-19 infection,.
After they leave observation, they will be taken directly to the Gongbei Border by chartered vehicles. They will be required to cross the border and enter Macau immediately in order to minimize potential infection.
The decision was announced by the government at its daily press briefing yesterday. On the panel was Secretary for Social Affairs and Culture Elsie Ao Ieong U, Secretary for Administration and Justice André Cheong Weng Chon, and Secretary for Economy and Finance Lei Wai Nong, as well as the heads of several government bureaus.
Apart from this requirement, the Executive Order also stipulates that other measures will be applied to foreign workers seeking entry to Macau from Thursday onwards.
When foreign workers try to enter Macau from elsewhere or are not able to obtain the medical certificate mentioned, they will either be sent back to the origin of their journey, be that through a flight or voyage, or undergo quarantine in designated venues in Macau under the monitoring of the Health Bureau.
If this occurs, the costs of quarantine will be borne by the foreign worker. These costs, according to the administration secretary, will cover accommodation and meals. Similar to other government charges, there are legal mechanisms to chase these costs should the foreign workers fail to settle their bills.
If these foreign workers cross the border and go back to mainland China, they will be required to undergo medical observation for 14 days again.
The two measures were implemented to discourage foreign workers from regularly crossing the border as this undermines epidemic prevention and control efforts in the city.
Contrary to prior reports by local Chinese media outlets, similar measures will not be administered to Macau residents for the time being. Ao Ieong noted that should the overall condition in and out of Macau worsen, similar requirements might be levied on Macau residents.
However, Cheong referred to the Basic Law and stressed that restricting the freedom of movement of Macau residents would represent a violation of the Law.
The ending clause of the Executive Order states certain exemptions in the implementation of the new measures.
For instance, the Health Bureau has the liberty to exempt anyone from undergoing these measures based on public interests, especially in terms of disease prevention and control, emergency rescue, and maintaining the normal operation of the Macau SAR and the basic livelihood of its people.
Yesterday saw the resumption of certain basic public services. At the same time, the government has changed the Chinese wording used in its public announcement from “strongly encouraging” people to stay home to “strongly warning.” Questioned yesterday whether “warning” people to stay home while reopening public offices was contradictory, Cheong said there is no contradiction.
Citing the available data, as of 4 p.m. yesterday only 22 of the 48 offices that resumed public services were as busy as they would be on a normal day prior to the coronavirus outbreak. Twenty registered a large decrease in visitors, ranging from 40% to as high as 90%.
Cheong admitted that some bureaus, including the Financial Services Bureau, received approximately 20% more visitors than normal. He attributed this to the special work suspension period.
Many gathered at the Bureau’s entrance yesterday morning, hoping to submit tax declaration forms, some of which were originally due at the end of February. Yesterday morning however, the finance secretary issued an Executive Order to extend the deadline to the end of March.
The social affairs secretary said that it was still too early to determine a date for school resumption. Ao Ieong added that the government was constantly monitoring the situation.
She stressed that a classroom setting is an enclosed space with a crowd, which poses concerns about the prevention of disease spread. Hence, schooling will only resumed when the outbreak conditions improve.