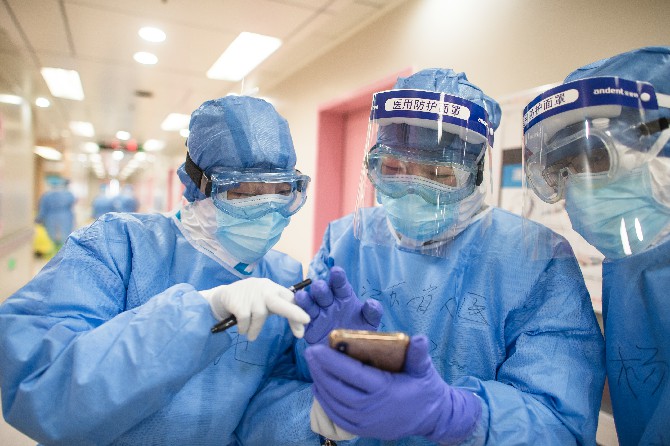 Despite all public transportation links between Macau and Hong Kong having been closed, a mechanism by which Macau patients with emergency needs are sent to Hong Kong for medical assistance is still in effect, a representative of the Health Bureau (SSM) has clarified.
The SSM director, Lei Chin Ion, has previously mentioned that the already-established mechanism was still in effect during this special period. Lo Iek Long, medical director of the Conde São Januário Hospital, made that same observation at yesterday’s daily press conference.
Journalists were concerned whether patients who have been under medical care in Hong Kong under the mechanism would be able to get follow-up medical treatment for their conditions by doctors in Hong Kong.
The mechanism has been under review, according to Lo, with regard to the degree of urgency necessary for doctors in Macau to consider sending patients to Hong Kong. However, the review was not prompted by this current pandemic situation. Lo said that as use of the mechanism could pose an additional threat to other members of society, any decision to use it will be made with extreme caution.
Lo disclosed that the bureau has made contingencies for these patients, but the exact course of action will always depend on the specifics of the case.
“We rely on the actual condition of the patient to determine a medical plan,” Lo explained. “We need to base our plans on the availability of medications, for example.”
Medical plans, according to the medical director, are the result of comprehensive review. With reference to life-threatening illnesses, the SSM will conduct high-level communications with its counterparts in Hong Kong to facilitate the necessary action, should cases arise during this unusual period.
The medical director indicated that many people would like to seek medical assistance in the neighboring Special Administrative Region or other places. He said that Macau residents enjoy the freedom to choose the location where they receive medical services at their own discretion.
The only thing he can do is to encourage people to “get the medical problems that can be resolved in Macau handled locally.”
The medical doctor said that currently the most crucial work is to fight Covid-19. “I believe it’s a consensus that human movements should be kept to a minimum,” Lo said.
The Macao Government Tourism Office announced yesterday that following the Metropole Hotel’s recent discharge as a designated hotel for quarantine, the Regency Art Hotel has also now been discharged.
After the last guest left the hotel, the SSM deployed a team to instruct hotel staff on sanitization.
With the discharge of the Regency Art Hotel, 10 hotels are still in use as government quarantine venues. For the time being, 1,636 people – 1,378 locals and 258 non-locals – are under quarantine in these hotels.