Media hints at sanctioning US defense firms over Taiwan 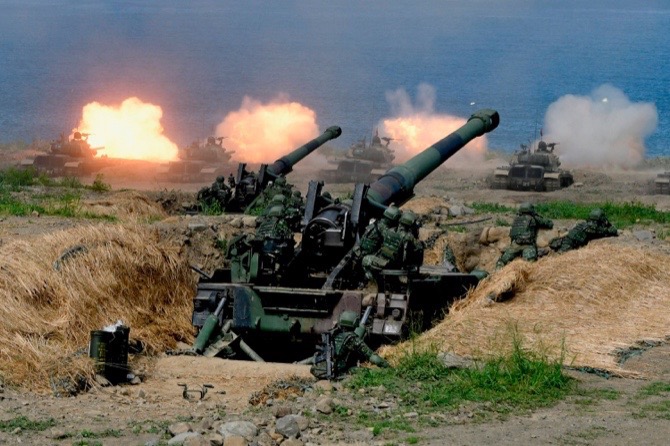 Chinese state media raised the specter of backlash against U.S. companies including General Dynamics Corp. and Honeywell International Inc, as the foreign ministry warned firms would be sanctioned if a potential USD2 billion arms sale to Taiwan goes ahead.

Firms including General Dynamics, Honeywell, Oshkosh Corp., Raytheon Co. and the Pennsylvania operations of BAE Systems were cited as having been involved in recent arms sales to Taiwan. The Communist Party’s flagship People’s Daily newspaper said their non-defense businesses in China may be “boycotted” in an article circulated on WeChat, without specifying what that would entail. State broadcaster CCTV and news agency Xinhua carried similar stories.

China is the third-biggest market globally for luxury jet maker Gulfstream Aerospace Corp., a General Dynamics subsidiary, the People’s Daily said, adding that the company is eager to display its products at the biennial airshow in Zhuhai. It also said that Honeywell’s air- conditioning systems are widely used in China, and Oshkosh makes fire trucks that are used in more than 60 airports across the country.

“In order to safeguard the national interest, China will sanction U.S. companies involved in the weapons sale,” China Foreign Ministry spokesman Geng Shuang said at a regular briefing in Beijing yesterday. “The Chinese government and Chinese enterprises will not cooperate and conduct business with these American companies.”

“The specific details are not disclosed at present, but please believe that the Chinese have always followed through on their words,” he said.

Chinese Foreign Minister Wang Yi on Friday warned the U.S. it was “playing with fire” by approving the arms sale. Commerce Ministry spokesman Gao Feng said last week China would release a list of so-called unreliable entities soon, which the government has said will include firms that threaten national security.

U.S. military support for Taiwan, which has continued despite Washington’s decision to cut official diplomatic ties with Taipei in favor of Beijing 40 years ago, has long been one of the biggest sticking points between the two countries. While China considers Taiwan part of its territory, the island provides a vital link in a chain of American security partnerships in Western Pacific.

Taiwan has reemerged as a potential flash point amid U.S. President Donald Trump’s trade dispute with Chinese counterpart Xi Jinping. Meanwhile, Taiwanese President Tsai Ing-wen, who hails from a pro-independence party, has courted U.S. backing, holding an unprecedented phone call with Trump before his 2017 inauguration. Tsai recently stopped over in the U.S. on a trip to visit Taiwan’s diplomatic allies in the Caribbean.

China’s warning “shows the degree to which Taiwan is the most sensitive issue for Xi Jinping,” Kelsey Broderick and Michael Hirson of New York-based consultancy Eurasia Group said in a note. “Beijing has somewhat limited willingness to impose harsh actions on Taiwan directly, for fear that harsh actions would backfire and draw support for Tsai.”

China has threatened to impose penalties on companies involved in arms sales to Taiwan before, but has kept them informal and discreet, according to Eurasia. In 2015, it lodged a formal complaint protesting a $1.83 billion sale.

The potential sale, which was first reported by Bloomberg News in June, is estimated to cost about $2 billion, according to the Pentagon statement. The weapons and equipment requested by Taiwan include Stinger missiles, 108 M1A2T Abrams tanks, as well as hundreds of machine guns, smoke grenade launchers and ammunition. Bloomberg