Melco Resorts & Entertainment announced its House of Dancing Water show at the City of Dreams Cotai property will be suspended starting from today (Thursday) to January next year to be redesigned by creator Franco Dragone.

The water-based “extravaganza” written and directed by Franco Dragone premiered in September 2010, welcoming over 6 million spectators over the years.

The gaming operator told the Times that the change will force a reduction in the show’s 160 plus staff. Blue card holders employed at the HODW, who comprise around half of the workforce, will be let go, the Times has learned. Melco says they are determined to hire local workers.

“We have very different workers’ situations, so we have to deal differently with them, case by case,” a company source told the Times, explaining that “some are in Macau, some are not.”

Franco Dragone will keep his position as artistic director. While the founder of The House of Dancing Water remains responsible for the artistic and creative direction of the production, the show will be managed by a separate entity.

Most of the staff contracts were transferred from the company previously in charge of the show, Dragone Macau Limitada, to TDAB Sociedade Unipessoal Limitada, a company controlled by Melco.

David Sisk, Melco’s Chief Operating Officer, Macau Resorts said in a statement that, “We are honored that our collaboration with Franco Dragone has flourished through the immense success of The House of Dancing Water. The show will be re-imagined to offer new energy and excitement, enhancing its status as Macau’s must-see performance. As a sign of Melco’s commitment to local people, the re-imagined new show will also benefit from the continuous development of local talent.”

The new production will debut “in mid-January,” in time for the Chinese New Year.

Melco clarified that the change was not prompted by the current Covid-19 pandemic, instead it is meant to create a “more exciting and fun show for the city.”

The re-imagined show is part of Melco’s efforts “focusing on creating world-leading hospitality and entertainment in Macau to attract new and quality tourism to the city,” the company says. The Times has learned that Franco Dragone is “working on the revamp as we speak, and he is supposed to come to Macau in September.”

Melco also said it will “continue to invest in The House of Dancing Water – upholding its devotion to craftsmanship and its dedication to world-class entertainment offerings, designing unique masterpieces created to become beacons for the city.” 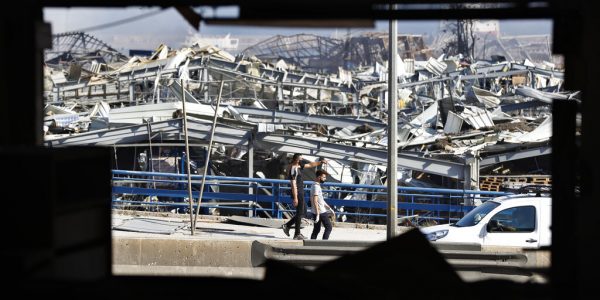