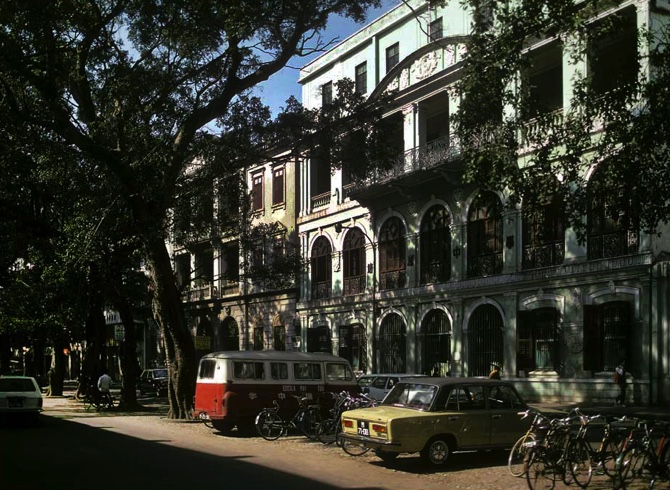 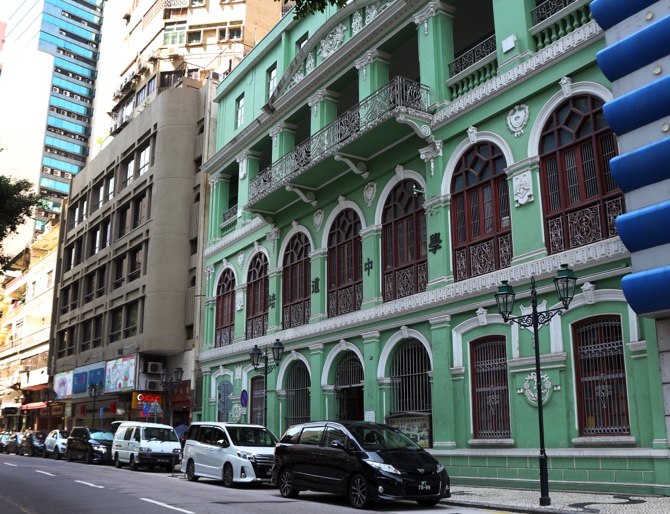 The Pooi To Middle School’s primary and kindergarten section [pictured] was originally a three-story neoclassical building constructed between 1910 and 1920.

The school was originally named Pooi To Women’s Middle School. Started by an American Baptist missionary in Guangzhou in 1919, the educational institution was relocated to Macau in 1942 with the ambition of continuing their educational mission. The building was formerly owned by Ho Yin, a prominent businessman and a politician in those times.  Ho Yin allegedly only asked for one pataca from the school as monthly rent. The school – which is pictured around 1973 – underwent two additional expansions. Pooi To Middle School moved to the building alongside Avenida da Praia Grande in 1955 under the support of Ho Yin. It was in 1963 when they were granted approval to extend the three-story building.  It may be seen in the photos that a balcony is attached to the third floor and that the verandah has been preserved. LV