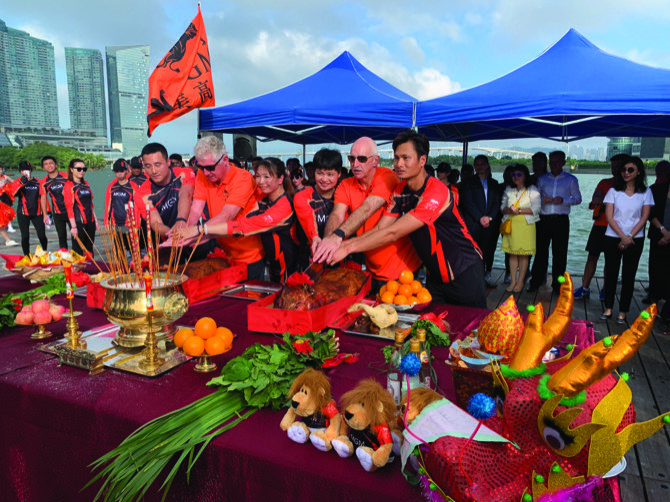 MGM China CEO Grant Bowie said yesterday the company had already presented the Central Provident Fund to its employees. Bowie predicted that in the future, local employees of the company would be joining this government-managed pension plan.

Bowie stated that at the end of the month all employees will have chosen either to stay with the existing fund, or transfer to the Provident Central Fund. Introductory sessions were also held over the past few months to familiarize employees with the new fund, and to inform them that they have the right to choose between the old and new ones.

Despite months of falling gambling revenue, which some have attributed to the trade conflict between China and the US, Bowie stated he has been confident in Macau. He said the trade conflict is “something that we don’t want to be confused about.” It was more important to work hard and focus on the local community, he said on the sidelines of a traditional dragon boat ceremony.

FOR SAFETY AND VICTORY

MGM yesterday held a dragon boat blessing ceremony to pray for safety and victory for its dragon boat team.

The team of 60 athletes, 90% of whom are local, will compete in four categories in two sub-teams, a male and a female team, in the Macao International Dragon Boat Races 2019 to be held in early June.

Traditional rituals were observed by the athletes, the coach, and the top management of the company. Staff reporter

Starting salary of university graduates expected to fall to MOP10,000