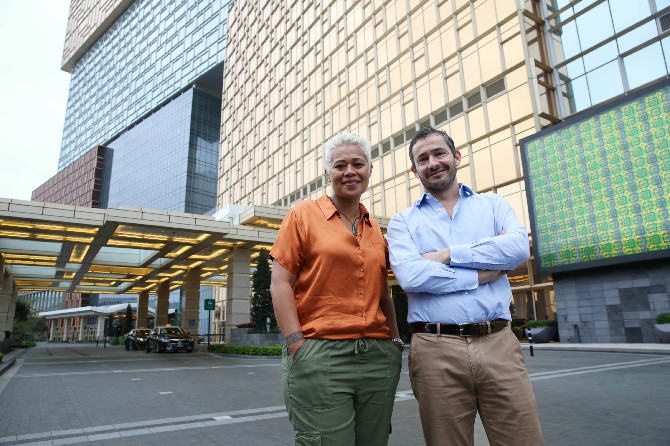 MGM Cotai has become the first hotel in the greater China region to be featured in Amazing Hotels: Life Beyond the Lobby, a BBC television series. The episode featuring the hotel premiered on July 14, 2020.
The documentary series is about famous hotels across the globe. Within it, the two presenters, columnist Giles Coren and chef Monica Galetti head to work alongside staff in the establishments. In this episode, the presenters experienced the services and offerings at MGM Cotai, as well as the working life of staff there.
“This program offers the audience […] a closer look at the backstage hard work and our welcoming culture that ensures our service,” said Pansy Ho, Co-Chairperson and Executive Director of MGM China Holdings Limited.
Monica also joined the annual “Spring Clean for Love” activity held during Chinese New Year, in which she spent half a day cleaning 220 households of senior citizens with the team.