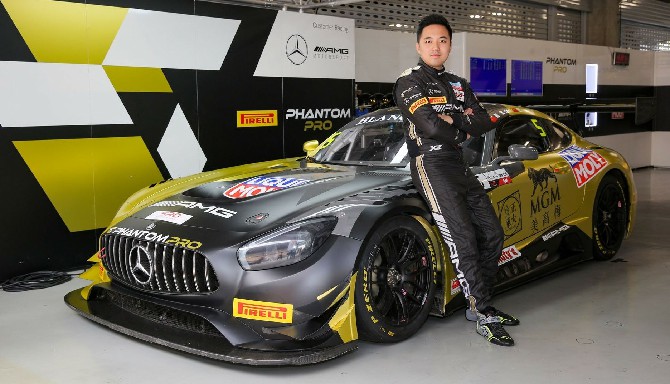 At the 67th edition of the Macau Grand Prix, MGM is venturing into GT and is sponsoring Phantom Pro Racing, the official partner of AMG China and the Annual Team Champion of 2019 China GT to make its debut at the Guia Circuit.
At the same time, a lineup of Grand Prix themed happenings will take place at MGM Macau and MGM Cotai Phantom Pro Racing’s AMG GT3 and GT4 racing cars are now on display in both MGM properties, and the Spectacle of MGM Cotai has turned into a miniature Guia Circuit.
Extending the “exuberant spirit” to the dining tables of MGM properties, the company has also prepared “an exciting lineup of Grand Prix themed gastronomic offerings,” MGM said in a press release.
From now till November 29, Pastry Bar at MGM Macau and Anytime at MGM Cotai both offer a series of Grand Prix and racing car inspired pastries, alongside some themed cocktails and set-menus exclusively offered at anytime.