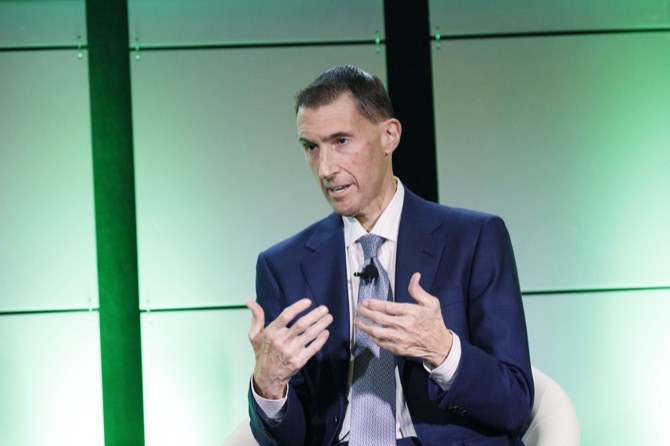 MGM Resorts International executive Scott Butera envisions a day when teams put sports-betting parlors inside their stadiums to make it easier for fans to place wagers.

“The conversion rate from sports fan to sports bettor is very high,” Butera said in an interview. “That’s your most robust customer.”

Butera, who joined Las Vegas-based MGM as president of interactive gaming in June, said he’s been talking to leagues and individual teams about deals, such as the three-year agreement MGM signed with the National Basketball Association in July to be the league’s official gambling partner. As part of that accord, the NBA shares game data with MGM and both the company and the league cross-promote each others’ brands online.

A U.S. Supreme Court decision in May that allowed states outside of Nevada to approve sports betting has initiated a flurry of deal-making between casino operators, online betting companies and sports marketers. Putting a betting parlor in a stadium would require changes in state laws, which to date have limited such betting to casinos, racetracks and in some cases online.

Butera, who previously ran Foxwoods, the Connecticut casino owned by the Mashantucket Pequot tribe, said he sees more Native American casino operators embracing sports betting. Traditionally, Indian tribes have opposed online wagering out of fear it would take business from their land- based casinos. On Monday, MGM signed a deal to offer sports betting at the United Auburn tribe’s Thunder Valley Casino Resort near Sacramento, California, should the state allow it. Butera said he envisions more deals with tribes in California and other states.

“There’s a lot of interest in sports betting,” Butera said. “Figuring out how it unfolds is the question. I’m in it every day, and it’s going to be an evolution.” Christopher Palmeri, Bloomberg