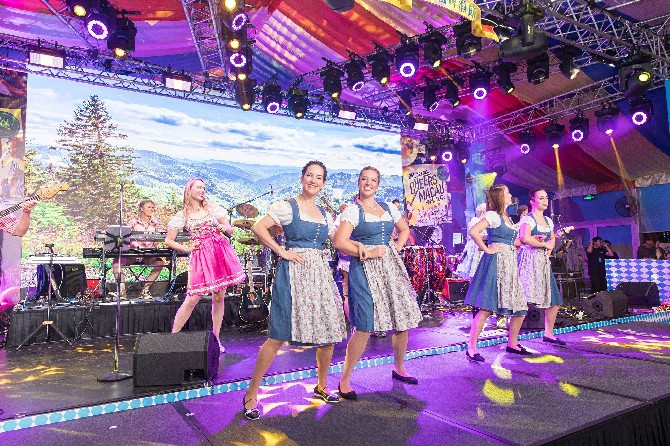 This October, MGM will bring back the annual signature party Oktoberfest Macau at MGM from October 21 to 31 at MGM Cotai’s 1/F Roof Terrace. This year, the iconic cultural festivity marks its 12th anniversary.
Throughout the past 11 years, the event has welcomed approximately 170,000 beer lovers, with over 160,000 liters of beer, as well as over 70,000 kilograms of roasted pork knuckles and chickens consumed.
Paying homage to this carnival originated in Germany, MGM will continue to serve an array of German beverages and gourmet. The bierfest will be serving the crowd’s favorite Löwenbräu, one of the six genuine German Oktoberfest brews, together with Paulaner beer from another Oktoberfest authorized brewery.
This year, the award-winning rock band, TARZAN, will fly over from Shanghai to flaunt a dynamic live pop rock performance and the event’s all-time-favorite song, “Nei Hou, Macau!,” alongside famous vocalists and local DJ to put together an intriguing performance.