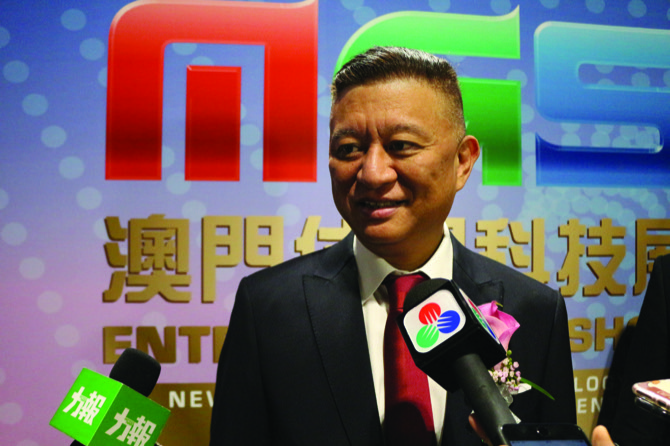 This year, the annual gaming trade industry exhibition is divided into three sections, including culture, science and technology, and gaming equipment.

Speaking to the press on the sidelines of the event, Jay Chun, chairman of the Macau Gaming Equipment Manufacturers Association (MGEMA), said that the show has more slot machine exhibitors this year.

“This [gaming] equipment is not too related to the economy changes in the market – after all, if the casinos want to increase revenue of the mass market, then gaming equipment should be the key investment,” Chun told the press.

He also implied that the gaming machines available in the city reflects new trends in the gaming industry.

“Many of our technologies, especially the gaming table technology, are a lot more ahead of other places in the world,” he said.

When commenting on the visitor arrivals, Chun noted, “In past editions of MGS show, we had about 8,000 to 10,000 visitors [per edition]. We hope that we can at least achieve this level for this year’s edition.” 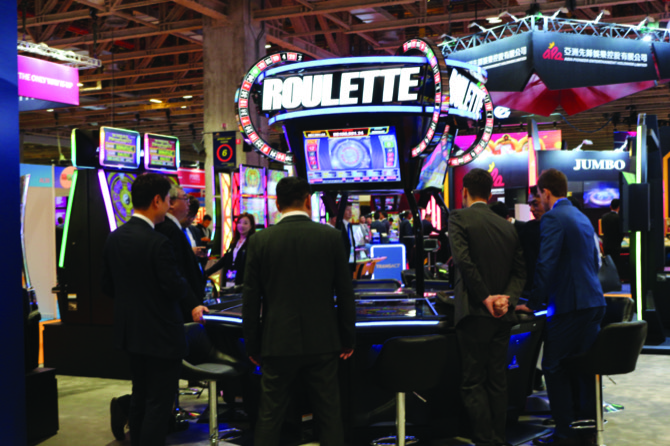 Aspect of the event

The MSG Summit kicked off with a talk on law and supervision of the local industry, and discussed the challenges facing the city’s VIP market.

In today’s session, Naoya Haraikawa, Cabinet Councilor from Bureau of the Integrated Resort Promotion of the Government of Japan, will give a speech on the concept of Integrated Resorts (IR) Development Law and the process of its implementation.

It will be the first time that the government official, who is in charge of Japanese IR affairs, shares his visions abroad about the prospect and blueprint of Japanese IRs.

A talk on how IRs can boost tourism and cultural development of the Greater Bay Area is also scheduled.

The last day of the forum will feature a panel section for gaming equipment manufacturers to discuss how to increase the proportion of revenue generated by Macau gaming equipment in Gross Gaming Revenue (GGR) and expand the emerging Asian market.