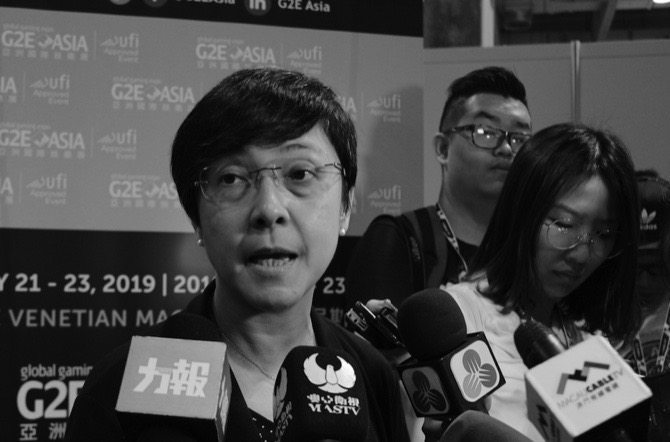 The ongoing survey to study a tourist tax is only one of the three ways the tourism bureau can assess the feasibility of imposing a tourist tax, said Helena de Senna Fernandes, director of the Macao Government Tourism Bureau.

Speaking on the sidelines of the opening ceremony of G2E Asia, the official explained that the bureau expects to receive data every day following its launch on Monday.

“I aim to finish the research process within a year. We have a lot of work to do in collecting data online. I don’t have a clear timetable, but I expect it will be concluded within this year,” Fernandes told the press.

The public consultation will be held for a month and will be submitted to government departments for a joint study on the feasibility of the tax.

The tourism chief noted that the bureau had conducted some preliminary research before holding the official survey.