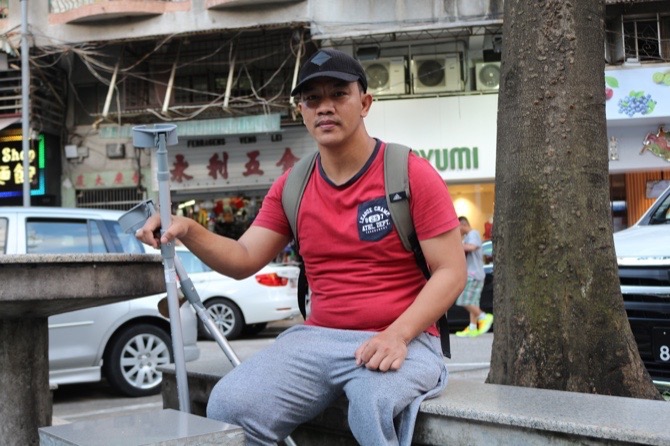 The employer of the Filipino migrant worker whose leg was amputated due to an accident at his workplace is set to meet again with the Labour Affairs Bureau (DSAL) today.

According to Reymond Tagacay, he received a call from the bureau yesterday and was instructed to meet with the office at 9 a.m. today.

On Friday, the DSAL reaffirmed that non-resident workers who are victims of work accidents in Macau are fully protected by the local laws.

Tagacay’s employer refused to provide him compensation, which has led him to file a court case against his employer. The two parties finally met on Sunday after several occasions of Tagacay trying to contact the carwash firm.

However, according to TDM, the carwash company said that it is willing to negotiate on the migrant workers’ expenses while the case is ongoing, such as his travel costs to and from the Philippines.

According to the non-resident worker, the Philippine Consulate General will “try to help” him with his case, particularly in request for a visa extension as his visa will expire on August 10.

Yesterday, Tagacay said that the consulate had already visited him at his place of residence and had asked him to sign the visa extension form.

Another meeting is scheduled on Sunday between Tagacay, the Philippine Consulate General, and his employer to further discuss the matter.

Meanwhile, the DSAL has already opened a case involving the migrant worker’s complaint on his compensation situation. LV