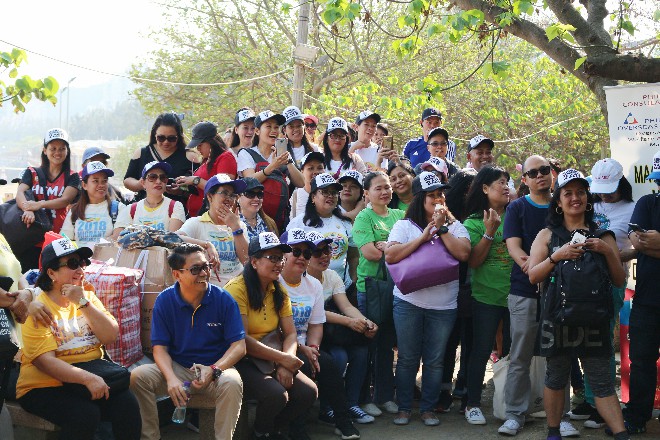 Migrant groups are waiting for government measures designed to protect the city’s domestic workers after the government called on the general populace to stay at home in a bid to contain the epidemic from spreading.
During Tuesday’s press conference, Chief Executive Ho Iat Seng called on the Macau SAR’s different sectors to provide minimum services, as public services have already been reduced.
However, no measures were announced for domestic workers – suggesting, according to some, that this vulnerable group has been overlooked.
Jassy Santos, president of the Progressive Labor Union of Domestic Workers, said that most domestic workers are continuing their working routine, despite the fact that many of their employers have been at home for the past several days.
Several domestic workers who were on “stay out” contracts were also asked to live in with their employers for the time being, as some employers feared that they might contract the virus at home, given that many of them live in a boarding house with several compatriots.
“It looks like the government has again forgotten about us,” Santos told the Times.
“In times of crisis, since there are no safety measures for us, it’s either take it or leave it,” she added, noting that a member of the association had her contract terminated after refusing to live with her employer temporarily.
The Times is aware that many of the employers who instructed their domestic workers to remain at their premises are families with young children.
Even before the Chinese New Year, there were already a few domestic workers who were asked to just stay at their employer’s home and were paid extra as compensation.
Meanwhile, Santos said that there are domestic workers whose salaries were already reduced by two weeks, as their employers had been given two weeks off from work and decided to undertake many of the household tasks themselves.
“Some of them were even terminated because their employers were also terminated from work,” claimed Santos. “This then results in a six-month ban for the non-resident employee [from returning to Macau], which is stated in the law.”
“I really hope the government will include domestic workers in its measures, because we also need to take precautionary measures for us not to be infected with the virus,” she added.
Echoing these sentiments, Yosa Wariyanti, president of the Indonesian Migrant Workers Union said, “They never talked about the condition of domestic workers.”
“I have members in the association that are taking their annual leave now and for those that work in restaurants, one said that she could just get her salary for half a month, so she just decided to go back to Indonesia next week,” she said.
Wariyanti said she is also aware that many of her compatriots were asked to temporarily live with their employers.
“It’s unfair, but that always happens to domestic workers; they never get mentioned [in measures like these],” said Wariyanti.
Meanwhile, the Consulate General of the Philippines in Macau has launched an online form for non-resident Filipino workers who were forced to take annual or unpaid leave to register their case.
“The information that will be obtained through this form is needed in order to raise to the Labor Affairs Office your concerns,” the consulate stated.
In the form, respondents can indicate how many days employers have given them as leave, as well as whether the annual leave that they have been asked to take is paid or not.

Thousands of Filipino migrant workers – including workers from Macau and Hong Kong – are still stranded in the archipelago nation following the recently imposed travel ban.
On Sunday, the government of the Philippines imposed a travel ban to and from China, Hong Kong and Macau to limit the spread of the coronavirus.
Among those affected are some 15,000 newly hired domestic workers who were supposed to fly to Hong Kong in two to three weeks, and some 10,000 that are currently vacationing.
There are also several migrant workers working in Macau that are stranded in the Philippines.
“I don’t think I’m going to be paid for this extra leave that I’m taking because we have a no work, no pay policy in our workplace,” said a worker who declined to be identified.
“My employer wanted me to take a flight to Singapore, then from Singapore to Macau,” she added, but such a measure may not work as it could be seen in her record that she was in the SAR over the past 14 days.
The person works at a salon in the city and was supposed to fly back to Macau this week but due to the travel ban, she has been forced to remain in her hometown.
Meanwhile, the Philippines’ Foreign Secretary Teodoro Locsin Jr. has appealed to President Rodrigo Duterte to exclude domestic helpers and other Filipino workers working abroad from the travel ban.
However, it is unlikely that these overseas workers will be able to return to work in time, as Filipino carriers as well as AirAsia have cancelled their flights to and from the Philippines and Chinese cities. LV