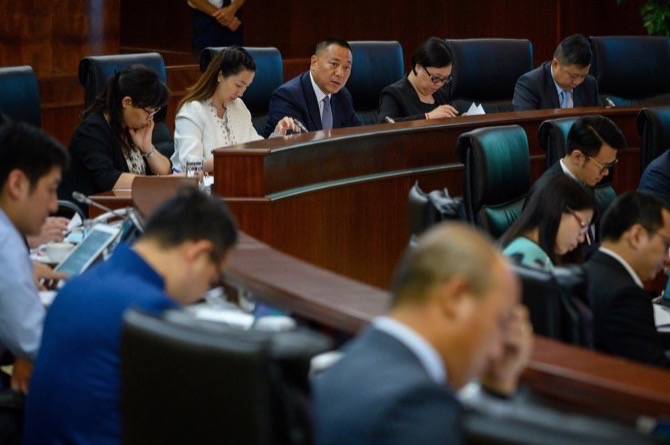 The minimum wage bill amendment to the city’s labor laws was passed yesterday at the Legislative Assembly (AL), amid lawmakers’ concerns for employees with disabilities and for domestic helpers, who are both excluded from the provision.

Domestic helpers and workers with disabilities are, once again, notably excluded from the minimum wage policy.

Ella Lei and Agnes Lam proposed that the minimum wage policy should be applicable to employees with disabilities. In Lei’s opinion, the Macau SAR government should also subsidize employers who hire people with disabilities so that they are not excluded from the bill. However, the two lawmakers did not express concerns for the exclusion of domestic helpers.

Previously, the Labour Affairs Bureau (DSAL) explained that the decision to exclude domestic helpers from the minimum wage policy was because their employment did not involve profitable operations.

Sulu Sou expressed his concern for domestic helpers’ wage conditions despite his opposition to including domestic helpers in the minimum wage policy. Sou hopes that the government can learn from Hong Kong and Taiwan in establishing a special regime for domestic helpers’ payment in order to increase equality and balance between the interests of both employers and employees.

Ip Sio Kai, speaking for both himself and the commercial and industrial sectors, said that the minimum wage policy will result in inflation and in other negative effects, such as bankruptcy of small and medium-sized businesses (SMEs). Ip said that his sector found that there is no urgent need for Macau to implement a minimum wage policy.

“It seems that there are only thousands of people earning below the minimum wage. Will the Secretary explain whether it is a [good] solution to, in view of such small number of people, to amend the laws and create inflation and affect other people’s lives? Will SMEs be waived from the minimum wage?” Ip asked.

Song Pek Kei also worried about the survival of SMEs following the minimum wage increase as she fears the increase will bring a negative effect upon Macau.

“If the government proposes to increase the salary for civil servants, who among you will come out to oppose? When the salary of civil servants increases, you don’t oppose, but when the workers’ salary increases, you come out to complain. What kind of stance is that?” Leong questioned the lawmakers. “You don’t question why it is as little as MOP32. [People complain] about the low quality of Macau’s service industry, but when you resort to such a price to hire people, how good do you expect their services to be?”

Mak Soi Kun also expressed his clear stance that domestic helpers should be included in the policy.

“Domestic helpers are even more important. It is not their business if the employers are making a profit or not hiring a domestic helper, because they [domestic helpers] need to earn money for themselves. They also contribute their labor, their youth, and their time. Should they also enjoy the economic achievement of Macau?” Mak asked the plenary.

The Secretary for Economy and Finance Lionel Leong responded to the lawmakers by saying the government will discuss with the lawmakers further details during the AL’s standing committee meetings.