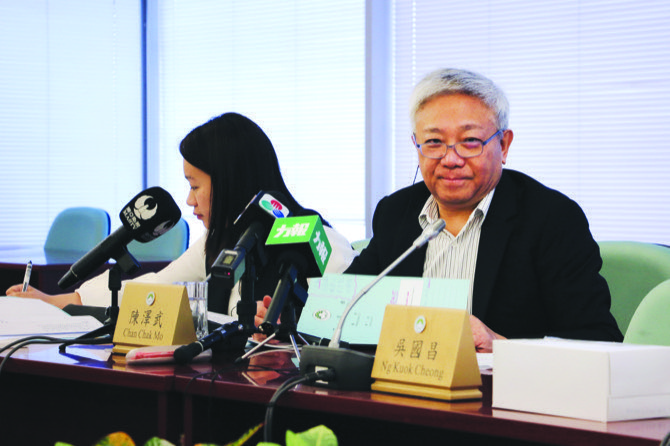 A legal advisor to the Legislative Assembly (AL) considers the exclusion of disabled workers and domestic helpers from the city’s minimum wage policy to be “discriminatory,” according to the Second Standing Committee of the AL.

Yesterday, the committee held its first detailed discussion of the city’s recently approved bill to raise the minimum wage. The bill will see the minimum hourly wage of MOP32 enforced for all workers, except domestic helpers and people with disabilities.

Speaking to the media, Committee Chairman Chan Chak Mo said that although domestic helpers make money in Macau, their accommodation and food are covered by their employers, implying that they do not need to spend extra money on housing and food.

“I don’t have comments about whether MOP4,000 is enough to ensure that domestic helpers can live in Macau,” the lawmaker added when pressed by the media.

Regarding discrimination against people with disabilities, Chan explained that the government had previously consulted with social workers who suggested that including disabled workers in the minimum wage policy could weaken their competitiveness.

Currently, the local government subsidizes employers with a maximum of MOP5,000 for each disabled employee they hire.

“The committee does not feel it is discrimination against disabled workers,” said Chan.

According to him, some committee members also proposed the establishment of a system to assess disabled workers’ ability to work.

“Macau only classifies different categories of disability, not levels of working ability. An assessment system of disabled workers’ working ability will be established sooner or later. It will be decided by the government,” said Chan.

The minimum wage law will be reviewed for the first time two years after it comes into effect.

However, some committee members had different opinions.

In Chan’s opinion, not bringing the bill to the AL for the approval of future amendments raises doubts about the government’s intentions.

“If there is not a consensus in the Standing Committee for the Coordination of Social Affairs, on what grounds and based on what consensus can the government decide?” Chan questioned.