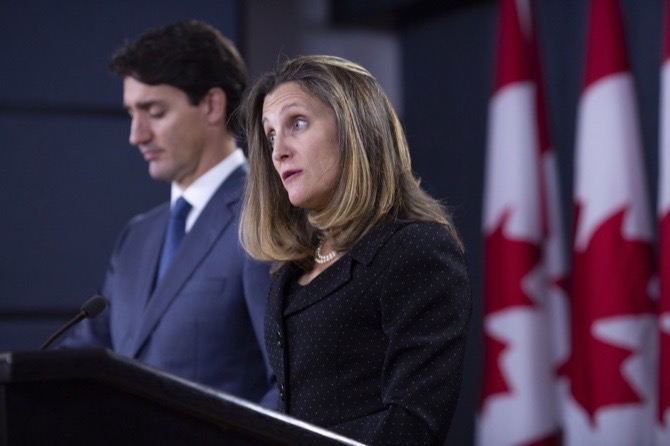 The arrest of a Canadian man (surnamed Leao) in Macau is not linked to the detention of other Canadian citizens in China.

“I can confirm that […] Leao, who is a Canadian citizen, has been arrested in Macau. He has been detained by police authorities there,” said Canada’s Minister of Foreign Affairs, Chrystia Freeland.

“We have no reason to believe that his detention is in any way connected with the other cases. We are seeking more information, and we are seeking consular access,” Freeland told Global News.

As the Times reported earlier this week, Leao was arrested in Macau on January 26 for allegedly attempting to defraud a local entertainment company out of MOP2.3 billion (around USD284 million).

The bank rejected the suspect’s request to transfer funds from the unidentified company’s account on January 21, after his signature did not match the one they had on record, upon which he left.

The 61-year-old suspect was arrested when he tried to leave Macau. He has been charged with fraud and document forging after forged papers were found on him. He has denied the accusations and was transferred to the prosecutor’s office.

The police spokesperson said, “we have enough proof that the suspect used a fake power of attorney and remittance slip when attempting to steal money from a local entertainment company and bank.”

According to authorities, the suspect refused to cooperate. It is believed other people were also involved in the case.