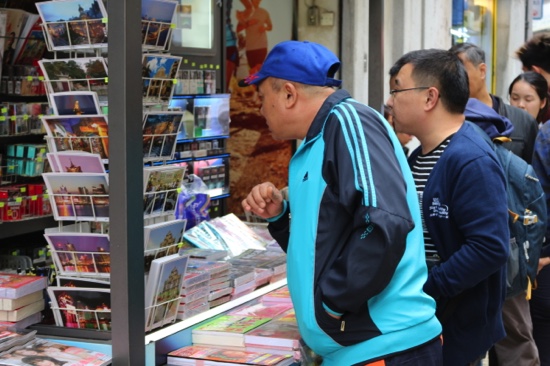 The disappearance of five individuals connected with the “Mighty Current” publishing house has brought into question the future of Hong Kong’s relationship with China.
It has been the most serious awakening for the Hong Kong community since last year’s “Umbrella movement” that opposed planned electoral reforms in the neighboring SAR.
Widely suspected, though still unproven, the central government is believed to have had some hand in the mysterious disappearances. What is most troubling however is that we still do not know how deep the scandal runs. If the central government is involved in the disappearances, then the next probable conclusion is that the Hong Kong SAR government is either aware of mainland involvement or not aware of it – both potentially worrying developments for the future of Hong Kong and indeed, Macau.
Hong Kong activists have decried the latest developments, including what they consider the inadequate response of Chief Executive Leung Chun-ying’s pledge to investigate further.
Nineteen-year-old student activist, Agnes Chow, whose video criticizing Beijing’s “political suppression” went viral last week, said that she was surprised by the clip’s reception. “I didn’t really expect so many people to watch my video but I think that it shows [how much] Hong Kong people [care] about this issue,” Chow told the Guardian last week.
But while the outrage in Hong Kong has made headlines around the world, Macau has been noticeably mute on the subject. The Times approached a number of Macau news kiosks and bookstores that feature the controversial publications to investigate what the owners and shoppers had to say.
Studying the covers of the controversial publications for sale in some news kiosks in downtown Macau, it is easy to see why mainland officials would be uncomfortable with the material. One book, entitled “Ambition”, chronicles President Xi Jinping’s anti-corruption campaign, which the book alleges to be merely a continuation of the Cultural Revolution that ravaged China in the 1960s and 70s.
Another publication details Xi’s purge of officials who were close to his predecessors; particularly those connected to former president Jiang Zemin, but also, to a lesser extent, those who worked closely with Hu Jintao.
A seller in one of the kiosks, who asked to remain anonymous, said that she had already sold 10 of these publications that morning, adding that this was “quite normal,” even though their sales had not increased since the scandal broke. “Some days I sell 10 books; other days I don’t sell any,” she remarked.
A kiosk owner at another stall said that he regularly sells 10 to 20 of the books per day, almost exclusively to mainland tourists visiting Macau. He confirmed that there had been no increase in sales since October.
The owner declined to be attributed to his comments. He adamantly said: “No!” before adding [with a smile], “you know, people have got caught recently … I don’t want to do that [go public].” 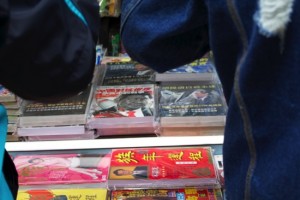 An employee at a bookstore in downtown Macau said that “since Xi has come to power, freedom of expression is declining and censorship is on the increase.”
“But we are not really worried,” she added, “as we don’t sell a lot of these [types of] books.”
Visiting a third kiosk, the Times reviewed a magazine, entitled “Zhongguo Mibao Magazine,” which appears to feature much of the same controversial content. Although the inside cover stated that the magazine is published in New York, U.S., it is entirely in Chinese and includes articles by authors who  overwhelmingly write under pseudonyms instead of using their real identities.
But perhaps this is not surprising. The ‘missing five’ are not the authors behind the works, but the bookstore owners or employees at the publishing house, Mighty Current. It remains a topical but sensitive subject for retailers and none of those interviewed in Macau were happy to speak on the record.
The central government’s main objection to the material, which is banned in the mainland, is apparently not that residents of the SARs have access to them – indeed local residents
seem largely uninterested – but that mainland tourists are taking the books back over the border.
Walking around the central tourism district on the weekend, the Times spoke to a number of mainland tourists and Macau residents to hear what they had to say. A group of eight young tourists from Shenzhen were initially excited to be talking to the media, but two of them confessed they had no knowledge of the missing bookstore owners. A third member of the group confirmed he understood but simply said: “Oh this… let’s go,” and motioned for the group to move away.
A woman who was setting up a protest banner concerning the Falun Gong movement also refused to comment on the issue. She also declined to tell reporters where she was from.
A Macau resident, who was asked if she was concerned about the recent disappearances, stated that “we are not concerned” but later added that, “it [the case of the missing individuals] is a bit scary.”
While the ramifications of the missing bookstore owners has the potential to affect many areas of public life in Hong Kong and Macau, there has been a divergence in opinion and reaction between the two territories.
Macau, one individual explained to the Times, is far more sympathetic than Hong Kong to the mainland.
The prevailing suspicion for the timing of the scandal is that it coincides with the planned publication of a book that is suspected to expose stories related to a former girlfriend of Xi. Staff reporter