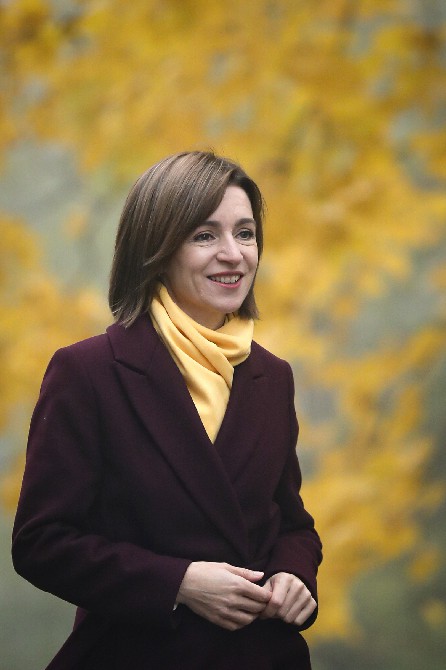 Maia Sandu, a former World Bank economist who favors closer ties with the European Union, has won Moldova’s presidential runoff vote, decisively defeating the staunchly pro-Russian incumbent, according to preliminary results released yesterday.
Sandu captured over 57% of the vote, leaving the incumbent, Igor Dodon, behind by over 15 points, according to preliminary data from the Central Election Commission, CEC, that said nearly 100% of the vote has been counted.
Sunday’s election was seen as a referendum on two divergent visions for the future of the small Eastern European nation sandwiched between Ukraine and Romania. Sandu and Dodon, who Russian President Vladimir Putin identified as his preferred candidate, have been rivals since he narrowly defeated her in the 2016 presidential race.
“People voted in very large numbers … they voted because they care, because they want their voices to be heard,” Sandu, who promised during the campaign to secure more financial support from the EU, said late Sunday after it became apparent she was leading. “People want the ones in power to offer solutions to their problems.”
On Monday, Dodon conceded after the results were published and congratulated Sandu.
“I call for calm and peace, absolutely no disturbances or protests, we must not allow any destabilization of the country,” he said.
The current pro-Russian government controls only 51 of 101 seats in the parliament. The new president can dissolve parliament if the prime minister resigns and there are two failed attempts to find a successor.
Commenting on Sandu’s win, Kremlin spokesman Dmitry Peskov said Monday that Moscow respects “the choice of the Moldovan people” and hopes to establish “a working relationship” with the new president.
“We know that Maia Sandu said she would work in the interests of the Moldovan people, and we’re convinced that building good and close relations, cooperation in all areas with our country, Russia, is in the interest of the Moldovan people,” Peskov told reporters.
Ever since gaining independence a year after the Soviet collapse in 1991, Moldova has been divided between those favoring closer relations with Europe and those who prefer stronger links with Moscow.
Moldova is one of the poorest countries in Europe with nearly 1.2 million of its people estimated to be living abroad. It relies heavily on remittances, and closer ties with the EU are generally seen as more likely than those with Moscow to lead to a long-elusive political stability and economic recovery.
Yet in this election, those choices might have been overshadowed by the heavy social and economic toll inflicted on Moldova by the coronavirus pandemic. So far, the nation of 3.5 million people has tallied close to 89,000 virus cases and over 2,000 deaths. On Saturday, it reported a record 1,411 new daily infections. AP