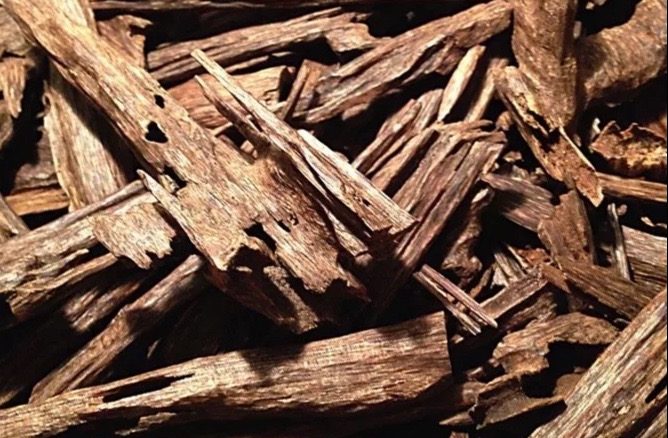 Earlier this week, the Gongbei customs authority and the Macao Customs Service cracked down on a cross-border agarwood smuggling operation. The two authorities seized 27.7 kg of agarwood in total, worth MOP5.3 million.

The case was described one of the largest smuggling operations of endangered species in both regions. Six suspects were detained.

According to the suspects, their group had organized the supply of agarwood in Singapore and other places, and commissioned a Macau trading company to declare the importation of agarwood into Macau. The group would then organize to have personnel bypass customs and smuggle the wood into mainland China for sale.

The seizure was the biggest of its kind for smuggled agarwood in Macau.

Two mainlanders, found to be illegal immigrants, were detained upon the seizure of the agarwood.

In 2013, the Macao Customs Service seized 200 kg of agarwood with an estimated market value of about HKD23 million. Four individuals, consisting of one Macau resident and three mainlanders, were detained for smuggling.

In the trial it was revealed that Ho had ordered confiscated agarwood from the Customs Service diverted for his own collection. It emerged that the former top prosecutor had ordered several members of government staff to move the agarwood between the storage facilities of the Customs Service, the Public Prosecutions Office and his own private accommodation, where it was used as decorative items.

The pieces of agarwood took center stage in his trial as a symbol of the personal gain granted by the abuse of power.

Agarwood is often named “the wood of gods” or “liquid gold” in relation to the essential oil that can be extracted from it, which has a market value higher than gold. The wood and the tree’s resin are highly valued not only for their uses as traditional herbal medicine, but also for their aromatic fragrance, which is used in incense and perfume. JZ