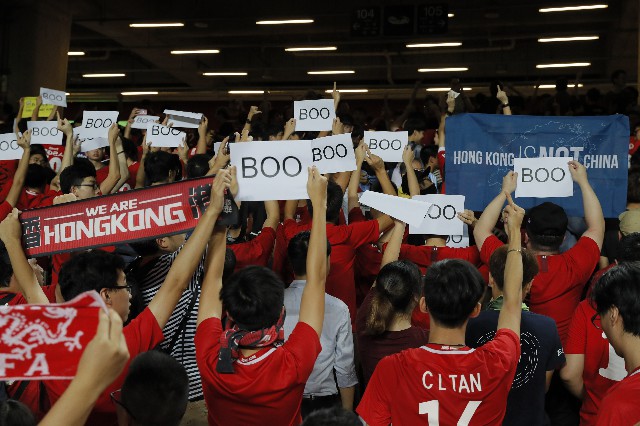 After several formal requests and warnings from the central government, more companies are now complying with the rule established by the Chinese government stating that the Macau and Hong Kong Special Administrative Regions (SARs) and Taiwan are parts of China and should be referred to as such.
A growing list of global brands, from Versace to Calvin Klein, have been forced to apologize in recent months after an army of Chinese internet users called them out for identifying one of the three regions as countries.
Official media outlet Global Times, an English-language Chinese newspaper under the People’s Daily reported that since January this year, only 83 of the foreign companies listed in the 2017 Fortune 500 still showed Taiwan, Hong Kong or Macau as not being integral to China on their websites, showing that more companies are complying with the rule.
At the time, the Global Times said that this had drawn “strong criticism from industry insiders who called on the firms to respect China’s sovereignty and territorial integrity.”
In their latest report on the topic, the Global Times noted, “Among the world’s top 500 companies in 2018, 80 percent of them that mark the geography of China’s Hong Kong, Macau or Taiwan on their official sites or their apps’ China maps, have wrong or inappropriate referencing of the three regions.” The finding came from a Chinese Academy of Social Sciences (CASS) study.
The study found that in 2018, out of the world’s top 500 companies, “158 of them have relevancy on the matter, but 127 of them are either making mistakes or not appropriately referencing the Hong Kong SAR, Macau SAR, and the island of Taiwan, accounting for more than 80 percent.”
The issue seems to be of serious proportions, as the Global Times report states that among the 127 companies “incorrectly] or inappropriately listing […] China’s Hong Kong, Macau or Taiwan, seven are Chinese companies.” This is considered to be outrageous by the media outlet.
According to the report, the non-compliant companies include the AIA Group, Midea Group, Quanta Computer, Taiwan Semiconductor Manufacturing Company, CK Hutchison Holdings, Wistron Corp, and Fubon Financial Holdings.
The same report also notes that “only 30 foreign companies have the correct referencing of the three regions” and “a total of 34 out of 44 U.S. companies use the wrong listing,” adding that no American company lists all three regions as part of China.
In its report, CASS also suggests that in order “to curb the misuse or inappropriate reference, such behaviors need to be punished severely,” adding that further inspection of the related departments and company self-checks should be enhanced.
According to Singapore’s Business Times, U.S. investment banking company JPMorgan Chase & Co., which is building its presence in China, recently circulated an email to staff to ensure that they do not refer to Hong Kong, Macau or Taiwan as separate countries, noting that the regions should, on first reference, be “Hong Kong SAR, Macau SAR, and Taiwan, China.”