Most gov’t services to remain suspended into next week 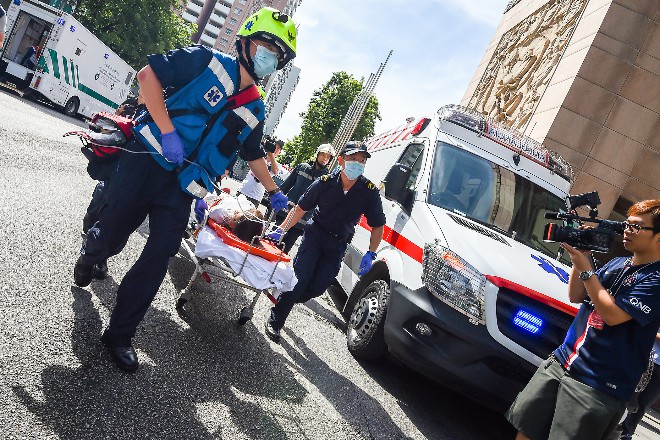 The Macau SAR government will continue the suspension of non-emergency public services, Chief Executive Ho Iat Seng announced yesterday.
Ho said that the local government will continue the suspension of all basic public services enforced since the Chinese Lunar New Year, with only emergency services to continue. The government’s decision came after a tenth case of novel coronavirus, known as 2019-nCoV, was reported in the territory.
Last week, the government had already waived the need for “non-essential” civil servants to work on Thursday and Friday. Last Friday, the government then extended the suspension of work period to February 7.
According to the dispatch published previously in the government’s Official Gazette, both basic and emergency services were to be maintained from February 7.
“However, due to the current situation, we think that basic services will be suspended [further],” said Ho, who additionally urged civil servants to stay at home and avoid being outside their premises.
The Chief Executive has also urged members of the public, including individuals and businesses, to tackle this epidemic together by preventing opportunities for it to spread.
“I urge the public to not go out to the streets. Staying at home is the safest measure,” Ho said.
On January 5, the SAR government established a cross-departmental team to tackle the expected emergence of the coronavirus in Macau. On January 21, the government set up a coordination center to fight the epidemic, which remains active to this day.