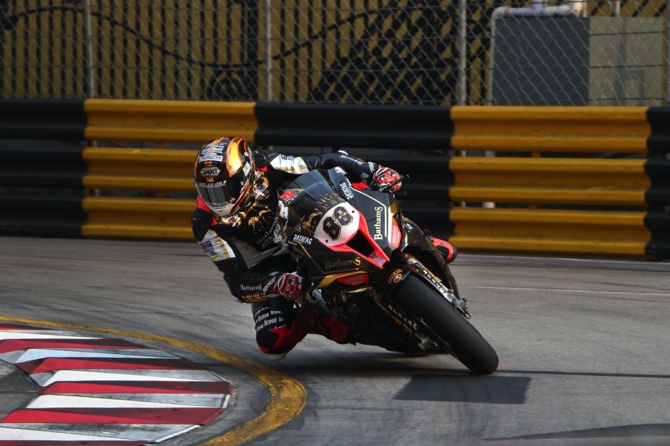 Hickman, dubbed as the fastest road racer of our days, made it look easy by topping both sessions held yesterday morning and afternoon.

With a best lap time of 2:25.100, Hickman left the competition far behind, with the closest competitor being his teammate and Macau’s victorious record holder Michael Rutter, at +1.738 of a second.

Hickman is probably one of the racers that clocked in fewer laps throughout the day, especially during the early morning’s free practice session where he did only a couple of fast-paced laps and then sat in the pits watching the timing of other participants who were practicing to improve their performance.

A similar strategy was taken for the qualifying session during the last event on the first day, with the track in a more favorable condition for taking risks, as several riders complained that the track was very dirty and slippery on the first run.

Due to more rubber on the track from the series of racing sessions from different categories, the Guia Circuit had better grip, resulting in an improvement in participants’ timings.

At the top of the list, Hickman remained untouched  while Rutter qualified second. 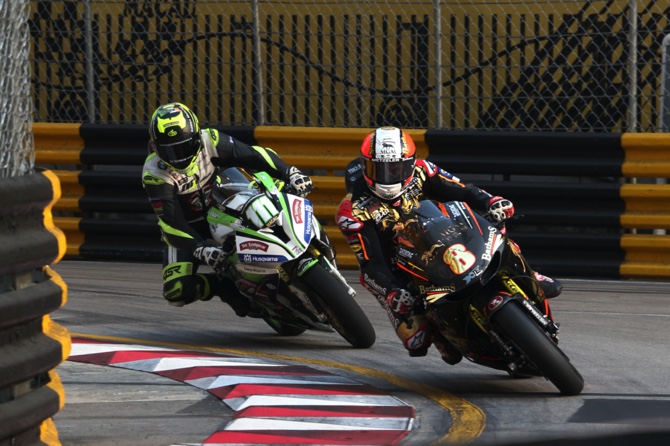 Surprisingly, in third position was the legendary John McGuiness, who had placed in top positions but whose placing had dropped the last few years. McGuiness took his brilliantly prepared Ducati V4 Panigale to the third-best time, almost 2.1 seconds away from Hickman’s time.

McGuiness was immediately followed by his teammate David Johnson on the second Ducati, confirming his credentials as a front-runner.

Closing the Top 5 was Horst Saiger with a secure and steady lap rhythm in the Yamaha R1.

Two underperforming participants were Gary Johnson, who placed 14th, and Ian Hutchison, placing 16th, two candidates who were expected to fight for the third step of the podium.

Early in this morning’s second qualifying session is an opportunity for the two to solve the issues they had been facing to move into higher positions.

Both the sessions held on Thursday took place without incident, and the red flags were not used.